Gift of the Givers jumps in to help Somali flood victims 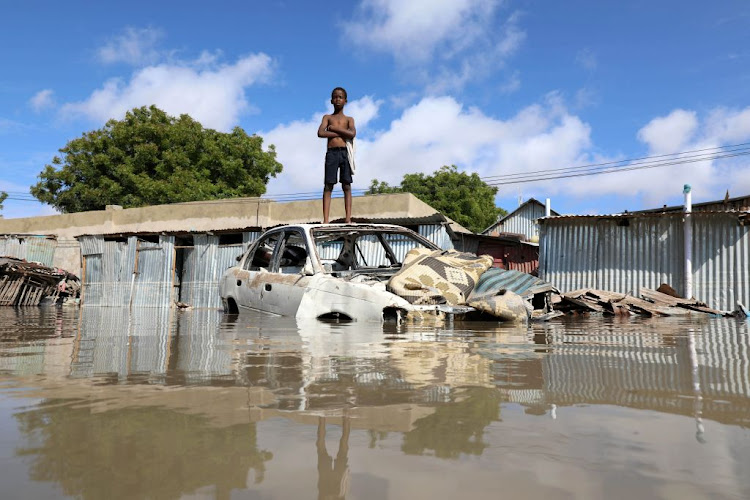 A Somali boy stands on a junk vehicle after heavy rain flooded their neighbourhood in Mogadishu, Somalia, on October 21 2019.
Image: REUTERS/Feisal Omar

Gift of the Givers has come to the aid of Somalia flood victims.

Flooding in the Horn of Africa nation has seen 300,000 people displaced.

According to a statement released by the organisation, there have been heavy rains in Somalia over the past few weeks, which resulted in flooding.

“The city of Beledweyne, Hiraan region, in central Somalia, is submerged, displacing 300,000 people, half of whom are women and children,” said Gift of the Givers' founder Imtiaz Sooliman.

“Gift of the Givers teams from our offices in Mogadishu and Jowhar have intervened, assisting in boat rescue, evacuation, logistical support, provision of shelter, food, water and medical care,” Sooliman said.

He said the organisation's “greatest” concern  was the high risk of cholera and malaria outbreaks — “which can wreak havoc among the elderly and the overwhelmingly large population of malnourished children”.

According to Sooliman, Gift of the Givers Somalia had received three containers of food aid in October. They were expecting five more containers from India, he said.

“In the meantime medical supplies, mosquito nets, plastic sheeting and a variety of essential food items will be purchased in Somalia immediately,” he said.

Sooliman said that any contributions could be sent to Gift of the Givers, Standard Bank, Pietermaritzburg, Account number 052278611, Branch Code 057525. Deposit slips and proof of payment should be e-mailed to donations@giftofthegivers.org to receive acknowledgment, he said.

The Gift of the Givers is expected to deliver eight truckloads of fodder to the drought-stricken town of Graaff-Reinet in the Eastern Cape this week.
News
2 years ago

Gift of the Givers will on Monday deliver fodder to and source water for farmers in the drought-stricken town of Adelaide, in the Eastern Cape.
News
2 years ago

There are growing concerns among those helping the refugees living in the Central Methodist Mission (CMM) on Greenmarket Square in the centre of Cape ...
News
2 years ago