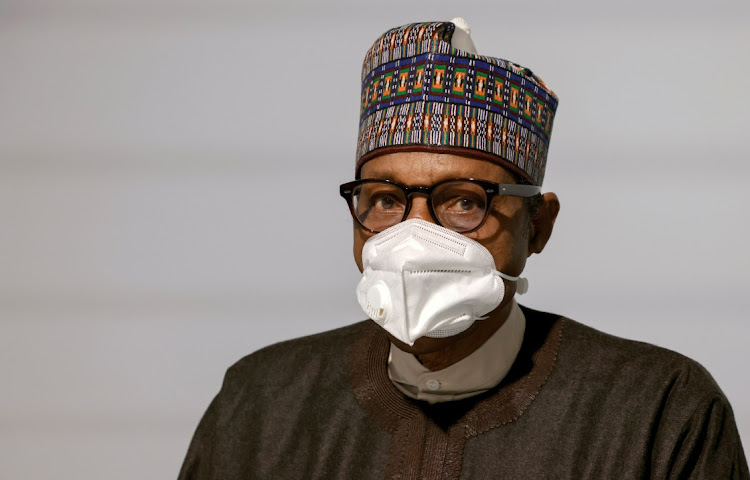 In a letter addressed to the speaker of the House of Representatives, Buhari said the framework had been revised to take into account the expected impact of a Petroleum Industry Act recently passed into law.
Image: Ludovic Marin/Pool via REUTERS/File Photo

Nigeria raised its 2022 deficit forecast to 3.42% of GDP from a previous projection of 3.05%, President Muhammadu Buhari said ahead of his annual budget announcement in a letter to parliament that outlined a range of revised projections.

Buhari is scheduled to deliver a statement to lawmakers presenting the proposed 2022 budget bill on Thursday, according to announcements made in parliament on Tuesday.

As part of Nigeria's annual budget preparation cycle, parliament had already approved a medium-term fiscal framework for 2022-2024 that contained key assumptions such as the projected benchmark oil price, GDP growth and inflation.

In a letter addressed to the speaker of the House of Representatives, seen by Reuters on Tuesday, Buhari said the framework had been revised to take into account the expected impact of a Petroleum Industry Act recently passed into law.

The letter said the fiscal effects of the new law were expected to kick in by the middle of next year.

The revisions also reflect what Buhari described as other critical expenditures, such as an additional provision of 100-billion naira to the electoral commission to prepare for the 2023 general elections.

The federal government's 2022 aggregate expenditure was now projected to be 16.45-trillion naira , up from the previous projection of 13.98 trillion, the letter said.

The 2022 benchmark oil price remained unchanged at $57 per barrel, with oil production volume also unchanged at 1.88-million barrels per day. The GDP growth forecast for 2022 was still 4.2% with inflation estimated at 13%.

“In the long run, this might be a blow to the Nigerian government and not Twitter,” one Nigerian programmer and web developer put it.
News
5 months ago