For Kenya's birds of prey, power lines are a deadly enemy 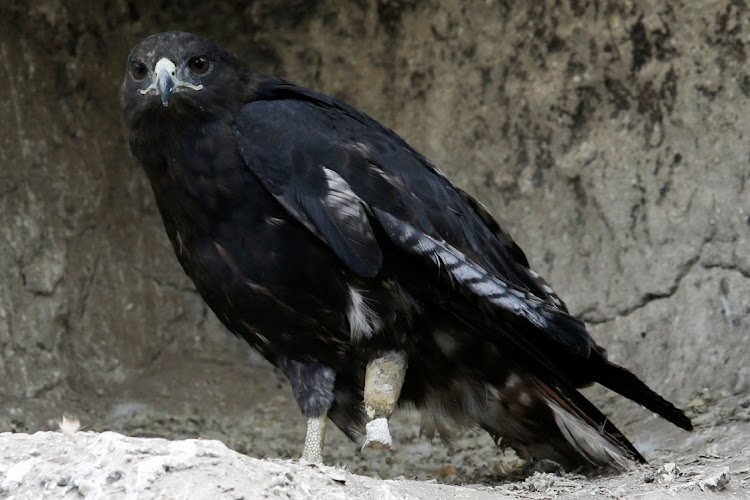 An Augur Buzzard is seen with a prosthesis leg at the Soysambu Raptor Centre inside Soysambu Conservancy in Nakuru, Kenya, April 12, 2022.
Image: REUTERS/Monicah Mwangi/ File photo

A blindfold calms the large black and white augur buzzard as two men glue a prosthetic leg into an insert on her body to replace the one that she lost.

The female is one of many injured birds of prey that turn up at Simon Thomsett's Kenyan rehabilitation centre, most of which, like her, have been crippled by electrocution.

The problem has progressively grown as Kenya has upgraded its electricity network, replacing wooden poles with steel-reinforced concrete, which can be conductive, and hanging inadequately insulated power lines between them, conservationists say.

That and the lack of deterrent markers along the cables are pushing Kenya's already dwindling bird of prey populations closer to disappearance.

“Thirty years ago, the birds were coming in being hit by cars, diseased... or hitting things like clothes lines or ...windows,” said Thomsett before/after helping to fit the prosthetic.

“Now we ... the vast majority is electrocution.”

Many are killed outright by the shock, both via direct collision with power lines or from perching, which insulation reduce.

Kenya's population of augur buzzards, historically one of its most common birds of prey has plunged 91% over 40 years due to electrocution, habitat loss, and poisoning, according to a February study by Thomsett and others published in Biological Conservation.

Over the same period, hooded vulture are down 88% and long-crested eagles by 94%, the study said.

The government-run Kenya Power and Lighting Company did not respond to requests for comment.

In some parts of SA, bird flight diverters have successfully been introduced to reduce instances of such deaths.

“These devices can reduce collisions by over 90% for some species,” said Lourens Leeuwner, who manages the wildlife and energy programme at SA's Endangered Wildlife Trust.