Your insurance rates may increase or decrease depending on the vehicle you drive. Find out which cars are more likely to score you lower premiums 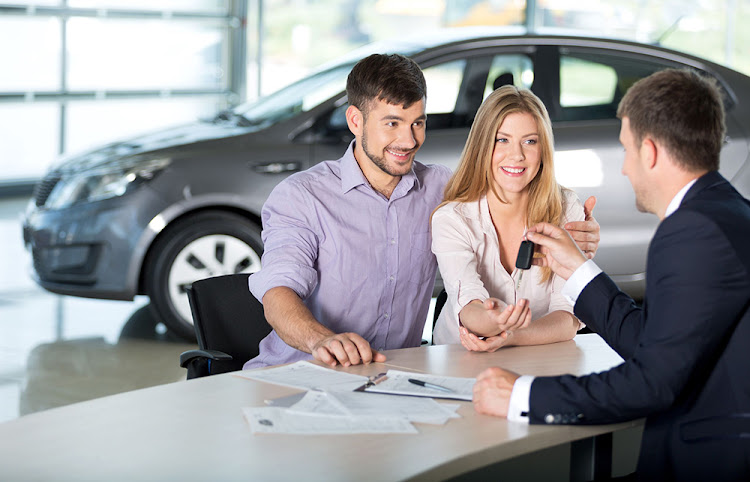 When you take out a car insurance policy, the insurance company could determine your premium based on a variety of factors such as – but not limited to – age, gender, address and driving habits.

Although many drivers are aware of how these statistical risks affect their insurance, many don’t realise that the type of car they drive can also mean the difference between a higher or lower premium.

Many buyers know the exact type of car they want when they walk into a dealership. Some are easily tempted by the bells and whistles, while others are simply looking for a car that suits their lifestyle. But, rather than looking only for something that ticks all the boxes of your dream ride, it may be worth considering how much it's going to cost you to insure it too.

Here are five characteristics of cars that insurers prefer to cover.

Being a cautious driver may already earn you bonus points with an insurance company, but driving a car with a good safety rating could also help keep insurance costs down. A vehicle that is equipped with safety features and comes with a high safety rating is less likely to be involved in an accident. This means there is a lower chance of you claiming for damage to your vehicle or somebody else's.

Some of the safety features you can look out for when you’re shopping for a car are forward-collision warning (FCW) systems, electronic stability programs (ESP) and autonomous emergency braking (AEB). If you're wondering what some of the safest cars on our roads are, have a look at South Africa's safest entry-level cars, which include the Citroën C1 VTi, the Renault Sandero, and the FAW V2 1.3 DLX.

For some insurance companies, the make, model and cost of the vehicle are important determining factors when calculating a driver's insurance premiums. Luxury cars usually carry a hefty premium because they are more expensive to repair. If you're driving a high-end car make such as a Bentley or a Mercedes-Benz, you may need additional insurance to cover pricey extras.

When shopping for a car, you could benefit from insurance savings if you opt for a second-hand car or a low-priced new vehicle. The used cars that top the least expensive list, according to Hippo.co.za's "The cheapest used cars to insure", are the Volkswagen Golf, the 2009 Volkswagen Polo, the 2009 Corsa Lite and the Toyota Tazz, among others.

Even though these cars could be inexpensive to buy, drivers should note they may not necessarily save on car insurance, as older models may pose a higher risk of theft. Newer car models that go easier on the pocket in terms of their price tag include the Chery QQ3 TE, the Datsun Go Mid, the FAW V2 1.3 DLX and the Tata Indica LGi.*

Cars that have a low theft risk

If you’re driving one of the least popular targets for car thieves, you could expect to pay a bit less for car insurance.

The higher the hijacking rate of your vehicle, the higher your car insurance premium is likely to be.

Statistics show that the cars stolen most often in South Africa at present are Toyota’s Hilux, Corolla, Venture, HiAce and Fortuner, and the Nissan 1400. These vehicles are sought after by car thieves since many of their parts can be used as spares for other vehicles.

The higher the hijacking rate of your vehicle, the higher your car insurance premium is likely to be. Apart from their spare-parts appeal, a vehicle can also be on a hijacker's wanted list if it is a popular models that is easy to resell.

Ultimately it all comes down to your car's safety features, regardless of the make and model. As noted earlier, a vehicle fitted with safety features such as an alarm or other anti-theft devices could earn its driver lower insurance rates.

Contrary to popular belief, driving a small car does not necessarily reduce your car insurance rates.

Depending on the insurance company, your compact hatchback may be considered a higher accident risk than an SUV. This is because smaller cars tend to sustain more damage in an accident. They might also offer less protection for their occupants during a collision. That's why many larger cars with high safety ratings, such as the Volvo XC90 and the Honda Civic, will help score you a lower insurance rate since they are safer in an accident.

There are also insurance companies that argue that bigger isn't always better. It might be that a larger vehicle is less safe for other vehicles on the road and, when involved in an accident, a vehicle such as a minivan will be more costly to replace – so contact your potential insurer to determine its particular stance.

You might want to think twice before ordering your dream car from overseas, as repairs and replacement could become complicated. Insurance companies are generally hesitant to provide cover for less well-known imported vehicles and, as a result, the insurance premiums may shoot through the roof.

A car that is locally manufactured is often easier to replace and the spare parts are normally readily available. This could place the vehicle in the lower insurance range, provided you have comprehensive car insurance. If you have only third-party insurance, you are responsible for the cost of repairing the car you damaged, and not your car.

According to data by the Kinsey report, some of the best cars to buy in terms of replacement parts are the Toyota Corolla Quest, the Citroën Cactus, the Toyota Fortuner, the Tata Xenon, the Nissan NP200 or the Peugeot 208.

When it comes to the type of car you want to insure, remember that nothing is set in stone. For example, two vehicle owners who drive the same make and model can be charged different insurance rates. Each insurance company has its own rules for determining car insurance premiums.

Compare quotes to find out which one suits you. Understanding how your vehicle can affect your insurance can help you be more selective about the type of car you want to buy if you want to save on insurance.

This article was paid for by Hippo.