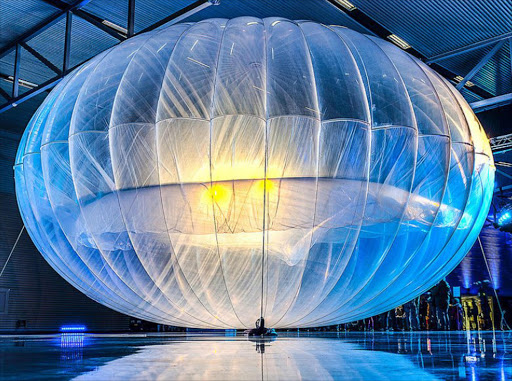 A Karoo farmer may have stumbled on a crashed test balloon being used by internet company Google, according to a report.

Beeld newspaper reported on Thursday that Urbanus Botha, who doesn't spend much time in front of computers, at first thought it might be a weather balloon from De Aar, but couldn't get through to the weather office.

"The enormous piece of plastic took up the whole of my sheep trailer," said Botha, who thought it might come in handy when painting.

Later, he and his neighbour Stoffel Visagie sat and stared at it for a while, with the two sharing a love of repurposing old things.

Botha's daughter Sarita, 20, examined the parts and the solar panel and sent some pictures to her older brothers Johan and Bennie, who spotted "Google [X]" on it.

They googled it and realised the balloon and parts were part of a Google project to provide permanent internet connectivity to everyone.

"...An engineer in California said via email that the components in my photos look like those of their system. He will send a regional team to fetch the parts from us," said Sarita Botha.

He farms between Strydenburg and Britstown.