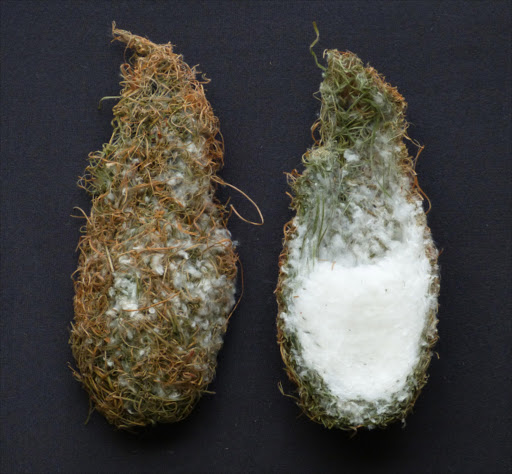 Nature is supposed to work harmoniously‚ but tiny birds in a nature reserve near Cape Town didn’t get the memo.

Karoo prinias line their nests with downy kapokbossie fluff‚ but in doing so they discard hundreds of seeds instead of dispersing them‚ scientists have found.

When they looked inside nests from the Koeberg Nature Reserve‚ they found fluff from 579 seeds ... but only 7 seeds. Observing prinias harvesting fluff from seed heads‚ they saw them discarding the seeds.

The scientists said this was an example of an interaction between species that gave one much greater benefits than the other.

Relationships between plants and animals “almost always include poor quality mutualists or cheaters that reap rewards without providing goods or services in return”‚ the scientists say in the journal Royal Society Open Science.

Vanya Rohwer from Cornell University in the US‚ Anton Pauw from Stellenbosch University‚ and Paul Martin from Queen’s University in Canada studied prinias in the reserve that surrounds Koeberg nuclear power station.

They speculated that fluff from the kapokbossie — also called Cape snow bush and wild rosemary — was used in nests because its aroma deters predators such as egg-eating snakes and pied crows.

But they were baffled by the seed-discarding behaviour. “Incorporating the seeds into nests might attract seed predators or parasites‚” they said.

“Alternatively‚ seeds may be bulky and difficult for prinias to manipulate during nest building‚ or create an uneven nest lining for developing young.”