Wednesday’s Western Cape storm is far from an isolated event. 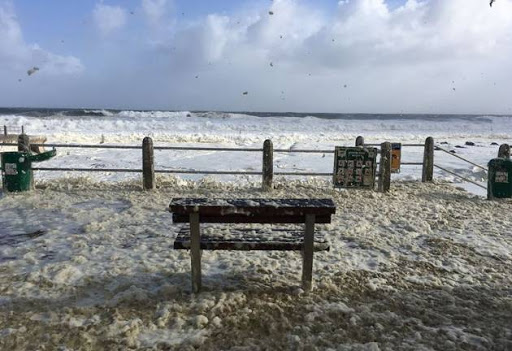 Between 2003 and 2014 the Cape experienced no fewer than 12 disasters linked to similar climatic phenomena‚ according to a report published in 2016 by the Research Alliance for Disaster Risk Reduction.

“High-impact weather conditions and damaging floods are not ‘rare events’‚” said the report from the alliance‚ based in the department of geography and environmental studies at Stellenbosch University.

Capetonians who expected to wake up to a devastated city on Wednesday were warned: the worst is still to come.Forecasters said the storm predicted to ...
News
4 years ago

“From 2003-2014‚ R4.9-billion in flood-related damage was reported by government departments and municipalities. Of this‚ R 2.3-billion was due to agricultural costs‚” it said.

MEMES: Mzansi sees the lighter side of massive Cape storm

Trust South Africans to try and look on the bright side! As residents in the Western Cape prepare for what officials have called "the worst storm in ...
TshisaLIVE
4 years ago

“From 2003-2014‚ Hessequa Local Municipality in Eden reported damage for eight of the 12 events and cumulative losses of R178-million. George reported R178-million in damage for six events and Knysna recorded R142-million for five disasters.

Wednesday’s massive winter storm in Cape Town made its presence known with high winds, and the Atlantic Ocean was already surging onto land before high tide hit at 2.30pm. Subscribe to TimesLIVE here: https://www.youtube.com/user/TimesLive

A heavy storm was wreaking havoc in the drought-stricken city of Cape Town on Wednesday morning. The storm, predicted to be one of the city’s worst in 30 years, has already damaged property and uprooted trees. Take a look at what the city looked like early on Wednesday. Subscribe to TimesLIVE here: https://www.youtube.com/user/TimesLive

“Critical facilities and essential services are at risk. In the 2012 and 2013 cut-off low-induced disasters alone‚ impacts included the loss of an ambulance attendant on duty and a hospital evacuation‚ while wind/ rain damage were reported for 23 schools within the City of Cape Town.”

The Atlantic seaboard has taken a beating from the Cape storm but this won’t stop Cape Town residents from walking dog's or taking pictures on Wednesday morning. Subscribe to TimesLIVE here: https://www.youtube.com/user/TimesLive

The report said more rigorous infrastructural damage assessment procedures introduced in 2011 had reduced the “range‚ specificity and accuracy of reported losses. This has weakened the quality of municipal and provincial disaster risk surveillance.”