Fasten your seatbelts: This is the future of motoring in Africa

Amid the glistening concept cars at next month’s (Sep 12-15) Frankfurt motor show will be a boxy contraption with no doors and a top speed of 60km/h.

This‚ according to German scientists‚ is the future of motoring in Africa.

Scientists at the Technical University of Munich have spent four years developing the electric aCar‚ including field tests in Ghana in July‚ and they will unveil their latest prototype at the International Motor Show.

Markus Lienkamp‚ head of automotive technology at the university‚ said the aCar — with a payload of a ton — was aimed at rural communities with no access to transport.

“It is an off-road capable vehicle that is affordable for people there and is capable of transporting heavy loads‚” he said. And its modular construction meant it could be adapted for many uses‚ such as a mobile doctor’s office or a water treatment station. 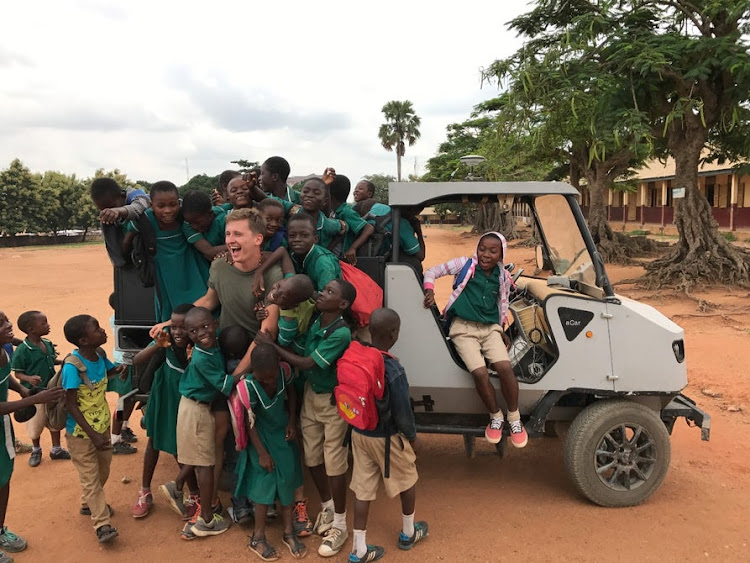 The earlier prototype on test in Ghana.
Image: Supplied

The battery capacity gives the vehicle a range of 80km. The battery can be charged from a household wall socket within seven hours and roof-mounted solar panels charge it during the day. The scientists say the vehicle should cost less than R150‚000.

“The challenge was to develop an appealing‚ functional and high-quality vehicle‚ while at the same time maintaining simple production methods and low manufacturing costs‚” said the university’s industrial design chief‚ Fritz Frenkler. “Reducing everything to the essentials resulted in a modern and thus long-lasting design.”

The first vehicles will be manufactured in a model factory in Europe.

“We’ll have to master all the technical procedures before the car can be made in Africa. Then we can train people from Africa who can in turn pass on their knowledge there‚” said Frenkler.