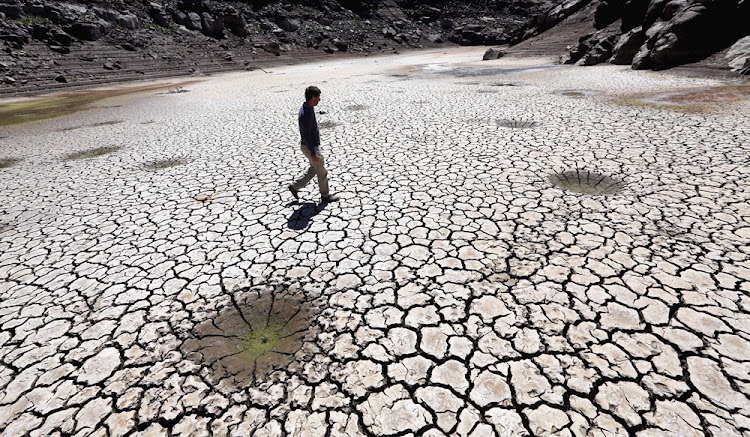 We have been warned: There are now only 12 years left for us to stop global warming in its tracks.

And if we aren’t able to keep the warming to a maximum of 1.5 degrees since pre-industrial times — we have already hit one degree — we could expect a horror show of extreme heat‚ more disastrous events like floods and droughts‚ and an ecology so out of sorts that daily life could become unbearable.

While an extra half a degree over that limit of 1.5 degrees might seem insignificant‚ a shocking landmark report just released by the United Nations has taken the world by storm‚ showing how hitting a 2 degree rise would spell doom.

At the Paris Agreement in 2015‚ 2 degrees was set as the ceiling we should aim to stay under‚ but that has now shifted to 1.5 degrees.

The consequences of hitting a 2 degree rise include:

Prepared by the UN Intergovernmental Panel on Climate Change‚ the report says that “urgent and unprecedented” changes are needed to reach the target. It says that risk warnings in earlier reports underestimated damage already done as well as how quickly we are moving towards disaster.

Society would have to enact “unprecedented” changes to how it consumes energy, travels and builds to meet a lower global warming target or it risks ...
News
2 years ago

All over the globe‚ stakeholders have been meeting to discuss what should happen next after the 90 authors of the report said they were shocked at seeing what a difference half a degree made from a target of 1.5 to 2 degrees.

At the University of Cape Town on Monday night‚ just hours after the report was released‚ a panel discussion was held which focused on the findings‚ as well as the report’s significance for southern Africa.

Harald Winkler‚ director of the Research Energy Centre at UCT‚ said that limiting warming to 1.5 degrees would require “changes on an unprecedented scale and pace”.

He added: “It is in our own interests to have effective climate action – and all must act. No one is off the hook. We need to avoid emissions while reducing poverty.”

Professor Mark New‚ who heads up the African Climate and Development Initiative‚ which hosted the panel‚ said that what was considered a “medium risk” even in 2013 is now high risk.

It is in our own interests to have effective climate action – and all must act. No one is off the hook.

He said the difference between a 1.5 degree rise and a 2 degree rise would have a particularly harsher impact on the mean temperature and rainfall in southern Africa which is a “hot spot because it is semi-arid and is water-stressed”.

He said: “Here‚ small changes in temperature can lead to large shifts in water stress.”

The Cape Floristic Region would be at major risk. He said 10% of species would be stressed at 1.5 degrees‚ and at 2 degrees‚ it would be 20%.

Tasneem Essop‚ from the National Planning Commission‚ said the report had “pushed us into an unbelievable need for urgency” as the “impact is going to be unevenly distributed‚ with the poor bearing the burden of climate change impact as it is described in this special report”.

She called for South Africa to reach “zero use of coal by 2050”‚ but said this would be “particularly challenging because of how much we rely on it”. She said one of the keys lay in convincing the labour movement not to “tie their futures to an industry that is going to die”.