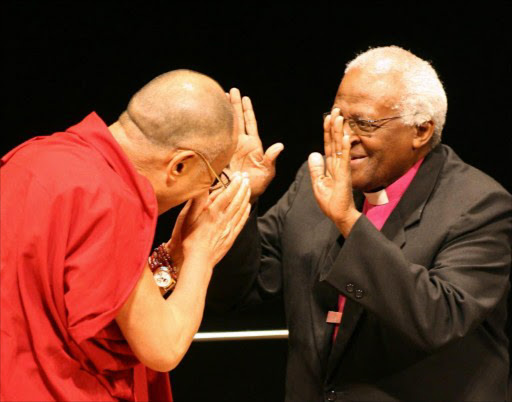 "We were expecting we would have a government that was sensitive to sentiments of our Constitution," Tutu said.

"The trouble is that the ANC on the whole reckons that the freedom that we enjoy is due to them. They reckon everyone else is just a sideline."

Tutu, who shouted and shook his finger as he spoke, said President Jacob Zuma did not represent him.

"Hey Mr Zuma, you and your government don't represent me. You represent your own interests.

"I am warning you out of love. I am warning you like I warned the nationalists that one day we will start praying for the defeat of the ANC government. You are disgraceful."

South Africans will pray for the downfall of the ANC like they did with the apartheid government, Archbishop Desmond Tutu said in Cape Town.

"The nationalists had a huge majority. They ate dust," Tutu said while shaking his finger.

He said the ANC had a large majority, but so did former Egyptian president Hosni Mubarak and former Libyan leader Muammar Gaddafi, both of whom were overthrown in popular uprisings.

Tutu said South Africa was helped by the international community to overcome apartheid.

"People were opposed to injustice and oppression and people believe that we South Africans would be on the side of those who are oppressed. Tibet is being oppressed," he said.

"Our government, representing me, says it will not support Tibetans who are being oppressed viciously by the Chinese."

He said he once listened to one of Zuma's state of the nation speeches as the president paid tribute to everyone, apart from religious leaders, in bringing about democracy.

"I listened to this president paying tribute to all kinds of people who had helped bring about democracy in this country," Tutu said.

"This president did not mention a single religious leader. Let the ANC know that they can not airbrush us out."