Car remote blocking crime on the rise: how to protect yourself 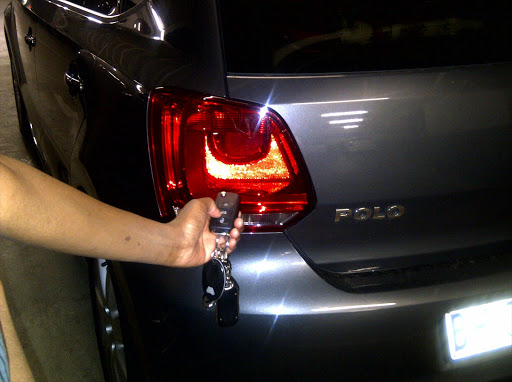 Criminals can block your car remote signal, preventing you from locking it.
Image: Pearl Boshomane

An increasing number of cases where car remotes have been jammed by criminals who then steal valuable items from vehicles have been reported to police in past months, while insurance companies will not pay out in such circumstances.

Criminals have been using what is called remote "jamming" or remote "blocking", where they interfere with a car's central locking system, leaving the vehicle owner to think that their car has been locked while it hasn't.

They are believed to do this by pressing down on a gate remote control at the same time a car owner presses down on their central locking, blocking or jamming the remote signal. Most car remotes and gate remotes operate using the same frequency, making it easier for the latter to block the former.

"We have got quite a lot of cases reported where suspects are using this jamming device," says Constable Matome Tlamela.

"These people follow their victims and are watching them."

She says police last week arrested three people in Midrand in connection with these kind of crimes. Tlamela says although police aren't sure if the three suspects operated together, there is a syndicate behind the crimes, which have been going on for "more than four months".

Mikara Naidoo became a victim of this over 18 months ago when her car remote was jammed while parked at a Johannesburg university.

"I left my laptop in my boot," she says. "When I got back it was gone. I had to unlock my car when I got back, so obviously I had locked it when I left. I think they could only open my boot, that's why nothing else was stolen."

Another person who also had a similar experience where items were stolen from their boot two months ago is Radio 702 host Aki Anastasiou.

He had parked his car at the Sandton Convention Centre on a Monday afternoon. He had taken his iPad out of his boot before locking his car. When he returned an hour later, he found a few items had been stolen from his vehicle.

"These guys sit in the car park and press down on a remote so it blocks the signal on your remote," he says. "You're not aware of it. You think your car  is locked. As soon as you walk away [the criminals] help themselves to whatever they want."

Anastasiou says this happens to a lot more people than we realise.

"When I spoke about it on Twitter, it turned out a lot of people had been affected. People get hit at carparks, at the airport, at Gautrain parking lots and at malls.

"Some people I've spoken to have had this happen at a garage. When they came out [of the convenience shop] their stuff was gone. That's how quickly these people operate."

Tlamela agrees, saying: "It happens mostly at shopping malls, but it's also starting to happen at petrol stations.

"One complainant parked their car at a petrol station in Noordwyk [Midrand] and they locked it with their remote. There was a vehicle nearby where the assailants blocked the remote system with a device."

She says another vehicle came shortly afterwards and two people got out and approached the victim's car, with one going to the boot and the other to the driver's side. When the victim returned from the shop, they found various items stolen from their car. The episode was captured by CCTV cameras.

Remote control jammers are available for sale, available at different frequencies, and can work from a distance of up to 20 metres. One website, GPS Jammers, says the devices "disable auto car remote controls".

The cases are not exclusive to Johannesburg, with reports of them happening in Pretoria, Durban, Pietermaritzburg, East London and Port Elizabeth. There are even cases of these crimes taking place in hospital parking lots.

With such cases rising, more insurance companies are not paying out because there is no evidence that there was forced entry.

Alexander Forbes Insurance managing director Gari Dombo said in a statement: "Most policies will not cover property stolen from your vehicle where there has not been forced entry. Other policies only cover property that is locked in the boot."

On customer service site Hello Peter, there are customer complaints where insurer Outsurance would not pay out victims of theft as a result of car remote blocking.

"We plead with the community not to leave valuables in their car," says Tlamela.

Tips on how to protect yourself