It's business as usual for convicted Zulu 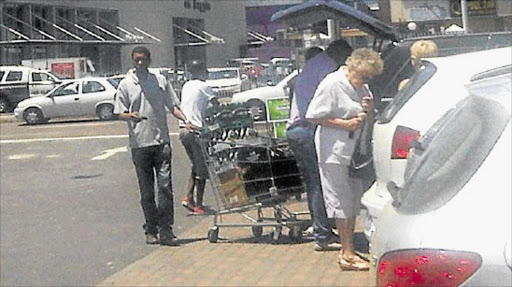 DURBAN businessman and self-proclaimed prince Sifiso Zulu was spotted stocking up on booze at a liquor store in Morningside, Durban, on Friday.

Zulu was given a three-year jail term following his conviction for culpable homicide last year. He was found guilty of being drunk behind the wheel of his BMW X5 when he shot through a red traffic light and crashed into a bakkie carrying members of the Soul's Harbour Ministries in 2008.

Two women were killed. Zulu was also found guilty of reckless or negligent driving, and of driving while under the influence of alcohol. He was also fined R7500 and ordered to surrender his driver's licence.

Zulu appealed against his sentencing and the matter continues in the Pietermaritzburg High Court in March.