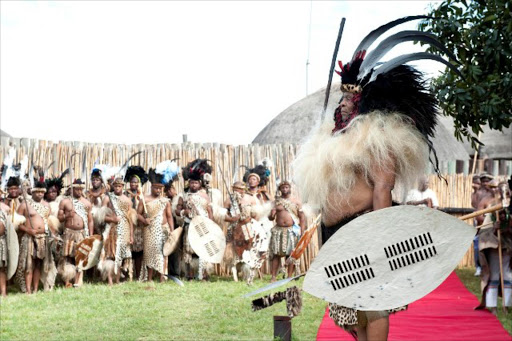 He was speaking at Nquthu, in northern KwaZulu-Natal, during the 133rd commemoration of the Battle of Isandlwana, which the Zulu regiments won.

President Jacob Zuma, who shared the stage with Zwelithini, did not directly respond to the king's remarks.

Instead, he said: "Today, we are faced with different challenges . challenges of reconciliation and of building a nation that does not discriminate against other people because of their colour or sexual orientation."

In 2006, Zuma himself came under fierce criticism for the homophobic statements he made at Heritage Day celebrations.