NHI plan now on a roll 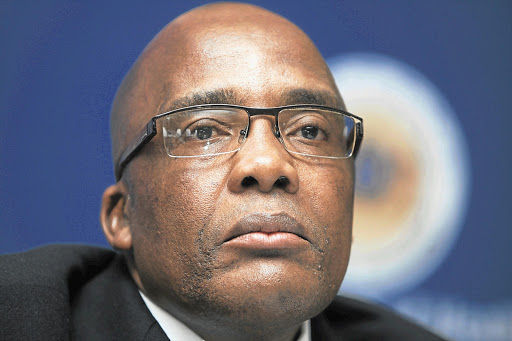 Five years after the ANC adopted the health plan at its elective conference in Polokwane, and after widespread criticism that it was doomed to fail, Motsoaledi announced that there was "no turning back" in its implementation.

The pilot phase, to be introduced in 10 districts around the country over the next five years, will be run in accordance with a stringent set on "non-negotiables".

Motsoaledi said the government had budgeted R1-billion for the pilot project. The EU has donated an additional R1.26-billion.

He said the pilot project would be implemented insome of South Africa's poorest areas, where monthly household incomes ranged from zero to R4800, and many families were headed by people younger than 19.

"We're going to be tough on the non-negotiables and we're not going to accept excuses when it comes to this," said Motsoaledi.

"We don't want to hear that there is not enough budget for child vaccines or drugs," he said.

"These non-negotiables are to be protected against under-funding," Motsoaledi said.

The pilot districts will have a full complement of teams, including specialists in HIV/Aids and TB, and security services.

The minister said the first phase of the pilot scheme would entail the strengthening of health systems, improvement of service delivery, and policy and legislative reform.

"The focus of all these interventions is to ensure that South Africans have access to quality health services, experience a reduction in the burden of disease, particularly that borne by women and children," he said.

The pilot projects will be introduced in OR Tambo district, in Eastern Cape; Gert Sibande, in Mpumalanga; Vhembe, in Limpopo; Pixley ka Seme, in Northern Cape; Umzinyathi and uMngungundlovu, in KwaZulu-Natal; Eden, in Western Cape; Dr Kenneth Kaunda, in North West,; Thabo Mofutsanyane, in the Free State, and Tshwane, in Gauteng.

The districts were selected because most of them have no access to basic services such as piped water, electricity and refuse removal. The pilot projects will cover more than 10million people.

Motsoaledi said that his biggest problem would be the shortage of doctors.

He said he would soon meet doctors in private practice to ask them to devote at least four hours a week to working in local clinics .

The department has, in the meantime, conducted an audit to establish whether state hospitals comply with the requirements of the NHI plan.

The department's director-general, Precious Motsoso, said the audit was 94% complete, with 3730 health facilities having been audited and 470 outstanding.

She said a comprehensive report had been compiled and that most hospitals faced problems involving cleanliness, staff attitude, staffing, finance, management, infrastructure, services, and availability of medicine and other supplies.

"Each district has been allocated a team of 10 experts to help sort out identified challenges."

The worst-performing hospital was the Pixley ka Seme district hospital in Northern Cape, which faced problems of infrastructure, cleanliness, staff attitude and availability of medicine.

Motsoso will lead a team to the hospital on Thursday next week.

The SA Medical Association welcomed the roll-out of the project, saying it was the best platform from which to evaluate the master plan, and to react to and rectify "issues that might emerge".

The association's chairman, Mark Sonderup, said: "The critical issue for us is what kind of level of financing is required and where are we going to get financing for the full implementation of the scheme.

"The other critical issue is staffing for the project.

"The pilot project, however, has our full support as a critical means to identify and deal with whatever might come up," he said.

National Education Health and Allied Workers' Union's spokes-man Sizwe Pamla said R1-billion was not enough funding for the roll-out, but the union was confident that the government had taken the step to put into action and implement the NHI.

He said that though the union was against the implementation of the NHI in phases, it would be patient because "we want to get to a point where we have a fully adequate [health] system".

"It is something that will change the future of South Africa.

"The R1-billion needs to also, above all else, service recruitment, infrastructure development, classification and management of hospitals, and decentralisation."