It's lust at first sight 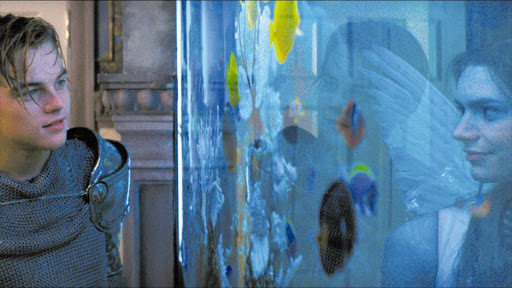 AS WEDLOCK becomes a thing of the past, in counterpoint, men are becoming more romantic. Or, perhaps under endocrinological command, they are letting lust supply life's narrative.

In his wonderful book Will in the World: How Shakespeare Became Shakespeare (2004), Stephen Greenblatt reminds us that marriage as connubial bliss meant nothing to an Elizabethan. It was a property contract.

Romeo and Juliet were one thing, but there are few examples of husband-wife dialogue in any of Shakespeare plays. In fact, the idea of marriage as a romantic entanglement is a historic parallel with the development of the modern novel.

Any hot-blooded person knows hormones can easily corrode the structural steel of good sense, and lust can be delicious.

The motif of lust-at-first-sight is an ancient one. Helen of Troy, in Christopher Marlowe's wonderful words, had ''the face that launch'd a thousand ships /And burnt the topless towers of Ilium". Never mind topless, a mere glimpse of Helen's beautiful face could excite uncontrollable desire.

Of course, the relationship between beauty and lust is non-linear, but exhaustive pursuit of a womanly ideal is fundamental. It took Odysseus 20 years to get back to Penelope (during which period she rebuffed 108 separate suitors). The desire for pursuit is intensified if this woman is a chance encounter.

The wistful idea that an accident might create an enduring relationship is an engaging one. This, perhaps, was upon David Beckham's mind as he channel-surfed during downtime in a hotel room to find the Spice Girls dancing on the telly and said to himself (I paraphrase with licence): ''I fancy the one with the legs."

This picture of love among the abandoned crumbs of Pringles and room service trays is a touching one. Beckham's subsequent pursuit and capture of Posh is an on-brand love story which is the 21st century's equivalent of Dante and Beatrice, except it has been more successful. And shifted more merchandise.

Journeys are fundamental to this romantic idea. The journey can be on a train, a plane or across a hotel bar.

I was reminded of this when dozing on the Orient Express recently.

Paul Theroux wrote a wonderful cameo about a strange woman entering his couchette and, without either speaking, a lubricious fantasy was realised.

Images suddenly came to mind when I heard a light knock on the cabin door. Actually, I did not get up to open it, because I just as suddenly thought of Dominique Strauss-Kahn.