Congrats on matric results: Now back to work to get education right 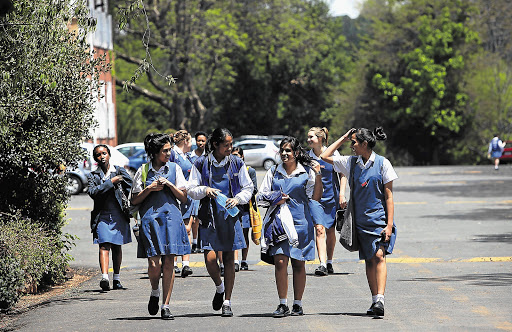 The improvement in the matric pass rate is to be commended, but there is still a long way to go in promoting education in South Africa, a number of organisations said on Thursday.

The improvement in the matric pass rate is to be commended, but there is still a long way to go in promoting education in South Africa, a number of organisations said on Thursday.

"[The] improvement in the matric pass rate [is] positive, but many 'born frees' (born post 1994) [have been] lost along the way," civil rights body Equal Education said.

"Due to shortages of qualified teachers, inadequate salaries and a lack of incentives to attract teachers into poor communities, schools often have large classes."

The organisation gave the example of Khayelitsha, in Cape Town, where it claimed between 50 to 60 students were sometimes in one class.

The African National Congress commended the 2012 matric class on its "sterling performance".

Mthembu said young people could help the country by studying.

"We call on the tertiary education institutions to ensure that these matriculants get the necessary help to enrol."

Secretary of the Federation of Unions of SA (Fedusa), Dennis George, said concerns remained about the quality of schooling in South Africa.

"The standard of basic education is not up to scratch," he said in a statement.

"Our union members working in the tertiary education sector continually complain about the standard of first-year students enrolled at our universities."

George said it seemed pressure to produce good results had led to a drop in standards.

"This, then, would be nothing more than a hollow victory."

The federation believed the skills taught in schools were "too academic".

"Our economy demands artisans and those with technical skills."

The ANC in the North West "jubilantly" welcomed the results.

"[We] are overjoyed with the improvement in our overall national results."

Provincial spokesman Kenny Morolong, however, said the party was concerned about the drop-out rate of pupils.

"We vow to pay attention to this unacceptable phenomenon during this academic year."

"First year 'born-free' matriculants have certainly made their mark, as 29,000 more learners than last year passed."

Dudley said the emphasis now had to be on ensuring fewer children dropped out before matric.

She said all political parties were united on education.

"We are on the same side -- the side of South Africa and all her people."

The Democratic Alliance Youth was encouraged by the improved pass rates in mathematics and physical science.

Meanwhile the National Congress of School Governing Bodies' secretary-general, Monokoane Hlobo, said they welcomed Motshekga's announcement that she was establishing a task team to look at the matter of students' names being published next to their results in newspapers.