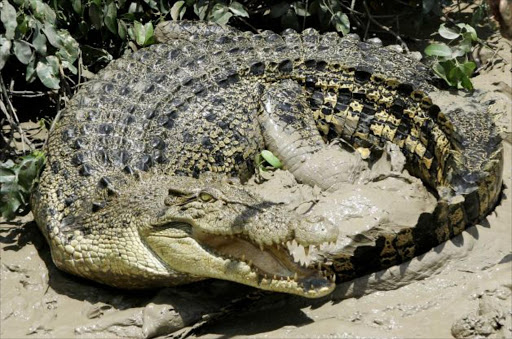 The elusive crocodile that has lived on the Umngeni River bank for years has been killed. Ezemvelo KZN Wildlife rangers shot the reptile yesterday afternoon.

The wildlife body said it received a call from a "distressed member of the public who spotted it outside the river".

"The killing of the crocodile was taken as a preventative measure. We have no doubt that it would have soon attacked human beings," Ezemvelo east region general manager Cedric Coetzee said.

Last month it was spotted on the Umngeni River bank near Durban's Windsor Park municipal golf course with golfers unaware of its presence. More sightings followed, prompting Ezemvelo to issue a permit to destroy it.

The crocodile had begun bothering dogs along the river bank, Ezemvelo spokesman Musa Mntambo said. "It was also posing a danger to people using the river. Kayaks are used on the river on a daily basis and people also use the river for fishing," he said.

Animal rights group Beauty Without Cruelty SA was shocked and horrified at the "senseless killing of a crocodile that posed no danger". "There had been no incidents during all the years that the crocodile lived there," spokesman Toni Brockhoven said.

"He was killed because crocodiles are not cute, furry and have eyelashes. Our wildlife authorities are giving the perception that they kill first."

Mntambo said the crocodile's remains may be used for research.