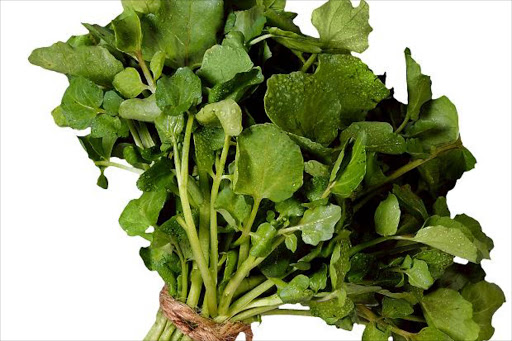 Doctors have put out a health warning after a Plettenberg Bay chef died from a rare parasitic disease last seen in South Africa 50 years ago.

Another woman, a 73-year-old pensioner from Nature’s Valley in the Eden District, who also contracted the disease after eating raw organically grown watercress, has since recovered.

The disease, commonly known as liver rot, is so rare in South Africa that medication had to be flown in from the United States to treat the two women.

The watercress was bought at farm stalls in Plettenberg Bay and Nature’s Valley on the Garden Route.

Only three cases of human fascioliasis, or liver rot, have been diagnosed in South Africa previously, the last one in 1964.

Two of those cases were also linked to the consumption of watercress, while the cause in a third case was unknown.

Professor John Frean, from The National Institute for Communicable Diseases, warned yesterday that people should not eat watercress, or any other water-grown plant, farmed in areas where cattle or sheep grazed.

He said the parasites stuck firmly to the plants and were quite difficult to remove.

He confirmed that prior to the two recent cases, only three had been diagnosed previously in South Africa.

“Human cases are very rare and easy to misdiagnose,” he said.

To get a definitive diagnosis this time around, experts led by infectious disease specialist Dr John Black from the Department of Medicine, turned to the National Institute for Communicable Diseases and the University of London for help.

Black said in his case study, published in the SA Medical Journal this month, that the chef had told him she frequently used locally grown watercress in salads and food for customers and also bought it for personal use.

The infection is so rare that the drug, Triclabendazole, had to be imported from the World Health Organisation in New York to treat the two women as it is not available in South Africa.

In what reads like an episode from hit television series House,, doctors describe in the SAMJ how numerous diagnostic tests had to be done before it was finally established what was wrong with their patients.

They included tests for hepatitis A, B and C, possible bacterial infections and bone marrow biopsies.

Frean, an expert in parasitology surveillance, diagnostics and research at the institute’s Centre for Opportunistic, Tropical and Hospital Infections, said the disease was caused by a parasite called a liver fluke.

Several other plant species besides watercress have been reported to the World Health Organisation as sources of the liver rot parasite in people, including dandelion leaves, lamb’’s lettuce and spearmint.

“So-called organic produce is not always healthy,” he said.

“Once ingested, this parasite will use the bloodstream to travel to the liver, where it will stay.”

Human fascioliasis was difficult to diagnose.

“To some extent, a person’s symptoms will depend on how many parasites are in his or her liver. The more parasites, the more acute the symptoms will be,” Frean said.

“If the parasites land up in the bile duct, it can cause other problems like an obstruction, but unless a person gets a massive infection, this is not normally a fatal illness.

“It is more of a chronic condition. It can cause severe liver damage, but it normally causes symptoms like anaemia and weight loss.”

He said the infection was diagnosed by the presence of certain antibodies in the blood.

“Treatment is not available in South Africa. Once diagnosed [in the two Garden Route women in December], we had to arrange for it to be imported,” he said. “The treatment is very effective.”

The medication was flown in from the World Health Organisation in New York.

The pensioner began improving within days of starting the treatment.

The chef, however, died in February, two months after first being diagnosed.

Dr. Iordan Petkov from the State Veterinarian confirmed that the parasitic infection wass found in animals and most often affected cattle.

“Cattle can be treated but it is a very dangerous parasitic illness in humans,” he said.

What you need to know about liver rot