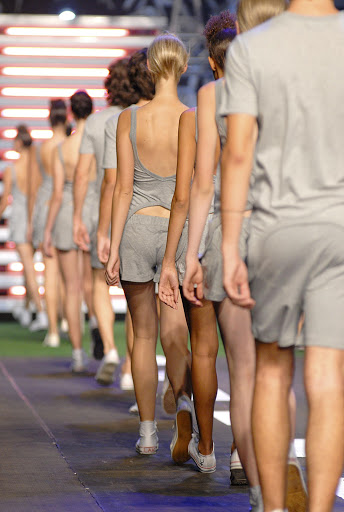 Hundreds of teenagers and young women hungry for modelling careers have fallen prey to a scam by a pervert who is soliciting pictures of girls as young as 14 naked.

Unsuspecting girls and women from around the country are scared that pictures they sent to what they believed were modelling agents might appear on the internet.

The intricate scam uses Blackberry's BBM messaging service to promise females aged 14 to 25 a modelling career and acting stints in local soapie Isidingo, Bollywood and the US.

The "agent" identifies himself or herself as celebrity model and agent Shashi Naidoo to ask victims for personal information and discreet pictures.

Once the "agent" gains the victim's trust, the requests progress to ones for pictures of them in the nude, including demands for "fully shaven" pubic areas and "neat lip sizes".

Police are investigating a criminal case.

Police spokesman Constable Mpho Mashakane confirmed that "a case of fraud relating to the matter was opened at Norwood police station by Ms Naidoo on Wednesday."

The Film and Publication Board is also investigating because some of those targeted are younger than 18.

The scam comes nearly two years after so-called "Facebook Rapist" Thabo Bester's guilty plea in the Pietermaritzburg High Court. He raped and robbed two women he had lured to Durban with promises of modelling photo shoots, and admitted to advertising for potential models on social networks.

Naidoo, who has been in the fashion and modelling industry for 10 years, was shocked to learn that someone was posing as her under the name of her agency, Alushi Models.

"Two weeks ago, someone we had previously declined said she received a request to model from our agency.

She said the person first requested head shots, then bikini ones.

"But then it escalated to them wanting nude pictures. She was called and asked for these pictures by a woman claiming to be me," Naidoo said.

The "agent" sent out a BBM broadcast message on Tuesday evening that read: "Want to be an actor in Isidingo!!! Females 14 to 21 year old white Indian or coloured required for leading role in the series. Ping me if interested!"

Isidingo's producers and casting directors distanced themselves from the message, saying they dealt only with "reputable casting agencies", not with individuals.

"We would like to advise people, especially young girls, to take note and be cautious when responding to casting advertisements," said casting coordinator Khanyisa Jali. "Isidingo is a family show and will never ask individuals for nude pictures."

Naidoo's office has been flooded with calls every day for the past two weeks. Some of the calls were from parents expressing their "disgust" and "disappointment" with the agency.

It unclear at this stage how many girls and women sent pictures of themselves in the nude.

A 24-year-old victim from Pretoria told The Times how "embarrassed and ashamed" she was.

All she had wanted, she said, was to make a name for herself as a model, and earn extra money.

"Me being as ignorant as I was, I was convinced it was Shashi and that this was my big chance to stardom. I was even excited by the idea of chatting with a celebrity."

The chat with the "agent" started with her answering general personal questions, giving her name, age, address, occupation, e-mail address and cellphone number.

The "agent" then told her they needed the "key model criteria" to be met. "The key," the agent said, "is to [score] as high as possible as your score determines your rate of pay and how many magazine covers you appear on."

Jacques Holtzhausen, CEO of the regulatory body the NationalAssociation of Model Agencies, cautioned women about such scams, saying professional agents or casting directors did not cast via social media.

"They will never request nude photographs, especially not from a child/minor."

He added: "Society's obsession with fame and celebrity contributed to young women falling victim to such predators.''

A 14-year-old from Northern Cape almost became a victim of the scam but told her mother when she received a BBM invite from a "Candice Swanepoel" in December.

"We sent photos of her fully clothed, but cut all communication with the person when they requested we send nude pictures," the mother said.

Film and Publication Board spokesman Prince Ndamase said its online analysts would work closely with network providers to investigate the scam.

"Distributing pornographic images in general is illegal when done so by unlicensed persons or agents. The public, and children in particular, must be vigilant and wary of such requests," Ndamase said.

'Agent' and a victim

Agent: I have an amazing prospective booking already for the New Mr Price girl for summer. It's so hard to find Indian girls like me and you, with light skin.

Victim: Anything that comes up u will let me know. I wana get started asap.

Agent: General state of health and last gynae checkup. I need a shot of your feet and tummy taken now.

Victim: Sorry, doll, my batt died. I will take it now. Any other questions in the meantime?

Agent: I need basically the key model body criteria met. That's it, its quite easy to do assessment at this stage. Its basically being fully hairless. No major scars . tattoos. Natural breasts and good grooming all round.

Victim: Ok im not that hairy. I do go 4laser though for my face & under arms and il be starting legs &bikini once thats done. Yes, all natural breasts.

Agent: Ok brilliant. So the bikini line at the moment? Runway hair line or shaved full. No. Never its very classy and uplifting for other models its Mr Price Guess and high paying labels. U just need to pass this assessment once off with me now. The assessment images I'll need is the final step and that's confidential and once off. Its the current market in SA they targeting and also that I have bollywood roles I recruit for.

Agent: I need bikini line shown hairless. Breasts. Feet and tummy. About 2 each. Can u do that now.

Victim: Akward ok will go 2 loo now to take. How do I know its like really u im gona be sending these private pics too im very scared.

Agent: Ok. I'm going to quickly email u from my official agency email. And put this in black and white and also the confidentially clause.

Victim: Its just that im sceptical about it coz once a persons private pics are out there on the net theres no going back but anyway im going to take the pics now.