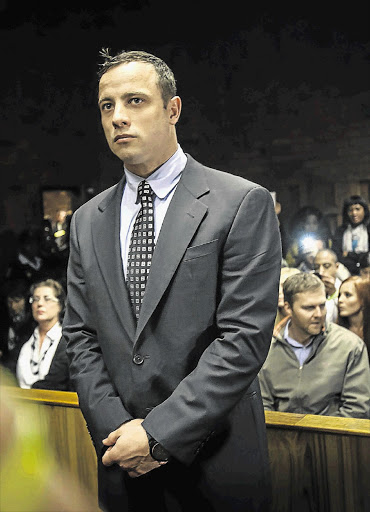 The head of police who took charge of the crime scene after Oscar Pistorius allegedly shot dead his girlfriend Reeva Steenkamp has resigned.

Several police officers told the Sunday Times that Boschkop police station commander Colonel Schoombie van Rensburg had been under immense pressure because of the bungling of the crime scene at the Olympic athlete's home.

The Sunday Times revealed that a crucial piece of evidence, the bathroom door through which Pistorius shot Steenkamp was bizarrely kept in Van Rensburg's office.

It was there for about a week after the killing on February 14. Police protocol requires evidence to be kept in a secure storeroom.

A police officer known to the Sunday Times said the door was removed from Pistorius's house in Silver Woods Estate, in eastern Pretoria, the day after the killing.

"It was covered with a body bag, cable ties and tape. Records at the Boschkop shows it was booked into the SAPS 13 [storeroom], but it was kept inside Van Rensburg's office," the officer told Sunday Times.

"It was actually lying on the floor in front of his desk and only taken away about a week later."

The officer said during this time almost anyone in the police station had access to Van Rensburg's office, from where they also sent faxes and made telephone calls.

Van Rensburg, who has been in the force for more than 30 years, denied that his resignation had anything to do with the case, saying he was leaving to pursue business interests.

He is the second officer of the Boschkop police station to resign since the shooting drama.

"My decision has nothing to do with the Oscar case... and I cannot talk about the matter because it still has to go to court," Van Rensburg told the Sunday Times.

The original investigating officer, Hilton Botha, resigned after he was embarrassed by Pistorius's defence team during the bail application, the newspaper reported.

Botha became known as the bumbling cop after defence advocate Barry Roux criticised his conduct at the crime scene, including why he had not worn protective covers on his shoes.

Botha's removal from the Pistorius case followed reports in February that he was charged with attempted murder.

Police later confirmed that he had seven attempted murder charges pending. In 2011 Botha allegedly fired shots at a minibus while trying to stop the vehicle. Seven people were in the taxi at the time.