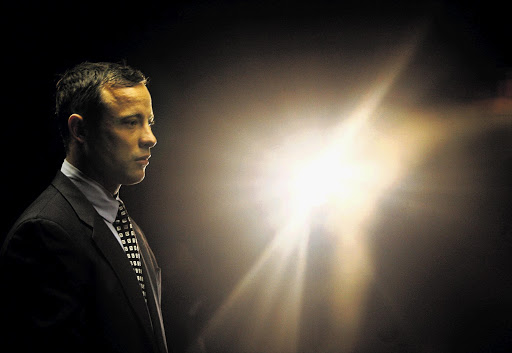 FROM STARDOM TO THE DOCK: Oscar Pistorius, a master strategist, fired deliberately and repeatedly through a locked bathroom door
Image: Picture: SOWETAN/SUNDAY WORLD

A TV channel dedicated to the murder trial of Oscar Pistorius has gone on air in South Africa just over 12 hours before the double-amputee Olympian is expected in court.

The 24-hour channel, called "The Oscar Pistorius Trial - A Carte Blanche channel" is on South Africa's most popular cable TV network and intends to show live video from the court from Monday. The cable company is one of the three broadcasters which asked a judge to allow live coverage of the trial and has installed three remote-controlled cameras in the courtroom in Pretoria.

The channel was up and running Sunday night and hosted by a well-known South African presenter. It dedicated some its early programming to the life of Reeva Steenkamp, the woman Pistorius shot dead at his home.