Oscar has nowhere to hide 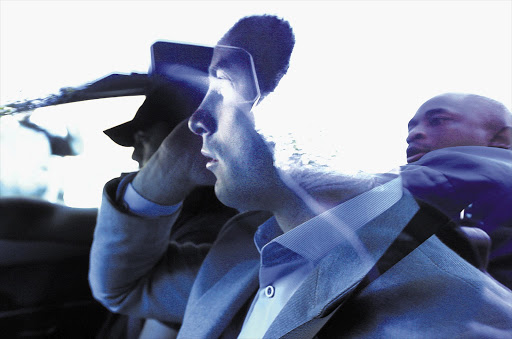 Oscar Pistorius arrives at Weskoppies Psychiatric Hospital. He has been referred for a month of psychiatric evaluation
Image: ALON SKUY

It was a scene Oscar Pistorius was all too familiar with: a pack of press photographers surrounding his car and trying to get a picture of him though the tinted windows.

But it is unlikely that until recently he could have imagined being photographed on his arrival at Weskoppies, the state psychiatric hospital in Pretoria.

Driven in a modest Chevrolet, Pistorius appeared for day one of his period of observation by three psychiatrists and a psychologist who will try to assess the extent to which he suffers from generalised anxiety disorder.

Hospital staff had been checking the occupants of every car since early in the morning.

One female patient arrived at the hospital and asked to be filmed for TV telling Oscar to "be strong".

There were no takers and she walked dejectedly back into the hospital.

Counsellor Janine Shamos said: "Psychiatrists will be watching all his reactions to see if anything is at all off kilter."

"A counsellor is empathetic and subjective, but in a forensic observation a psychiatrist wants to get to the truth."

'There is no way it would be possible to fake a condition for 30 days," he said.

The experts will determine if Pistorius can differentiate between right and wrong, and if he can act in accordance with such knowledge, said De Klerk.