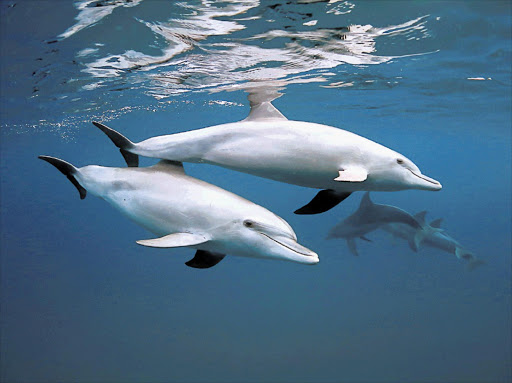 Ukraine has asked for the return of its dolphins, which were forced to "defect" to Russia when their Crimea home was annexed in March.

The animals - trained to identify underwater obstacles, locate missing kit and fight - have remained in Sevastopol's Cossack Bay aquarium, with Russia saying it planned to purchase new equipment to enhance their operational effectiveness.

Dmitry Yunusov, first deputy head of the Henichesk Regional State Administration, just across the straits from Crimea, said Ukraine wanted the animals back.

"The military dolphins should be returned to our country in the same way that Russia returned seized military equipment," he said.

The marine mammal training programme at Cossack Bay has trained sea creatures for navy work since 1965.

Legend has it that the dolphins were also trained to attach limpet mines to enemy vessels, or even carry out "kamikaze" attacks on enemy submarines - using their natural sonar to distinguish enemy from friendly submarines by their engine noise.

In 1995, after the collapse of the Soviet Union, the dolphins in Sevastopol came under the control of Ukraine. In 2000, the remaining 27 animals and special equipment were sold to Iran.

Ukraine relaunched the programme in 2012, and the current generation of dolphins is said to be already proficient in marking lost weapons and underwater obstacles with buoys.