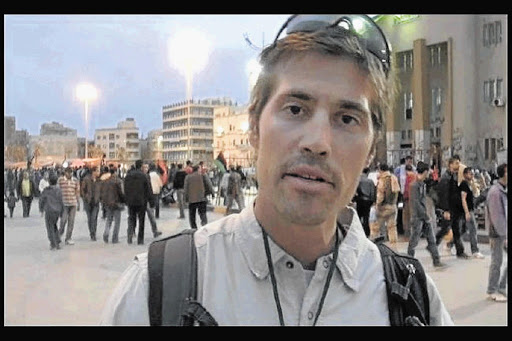 James Foley had worked in Afghanistan, Libya and Iraq before being kidnapped in Syria.

In Libya in 2011 he was taken captive when the group with which he was travelling - which included South African photographer Anton Hammerl - was attacked by pro-Gaddafi forces. He was released after being charged with illegally entering the country and given a one-year suspended sentence.

Hammerl was shot in the swoop by the pro-Gaddafi detachment and left to die in the desert.

He discussed his motivation and attitude to risk-taking with students at his former journalism school after his release from a Libyan prison.

He told them that there is "an amazing humanity" in conflict zones. Asked what first inspired him to report in conflict zones, Foley said it was because his brother was in the armed forces.

In a moment all the more poignant since his murder, Foley warns his student audience against irrational risk-taking:

"I should have known that a long time ago."