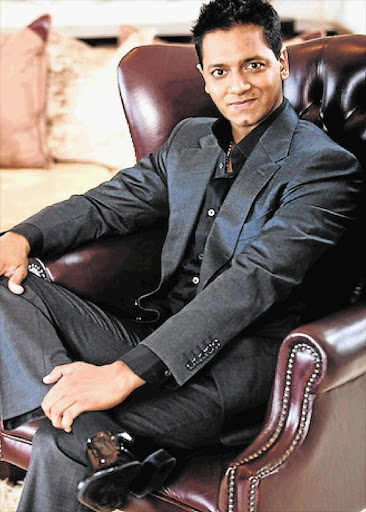 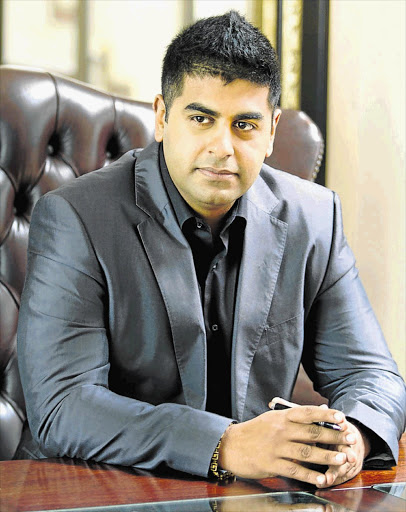 A globe-trotting billionaire has surfaced as the man at the centre of a sophisticated debit order scam in which the bank accounts of thousands of unsuspecting South Africans were plundered.

Unauthorised debits potentially running into millions of rands a month continue to be withdrawn from bank accounts , with many consumers not even aware of the multiple R85 deductions.

The man behind the scandal is South African venture capitalist and self-help author Julian Pencilliah, whose publicity stunts include paying thousands of dollars for the Kardashians to promote a Rio Carnival sweepstake on Twitter, driving his Lamborghini into the sea and launching a $200-million (about R2.1-billion) technology fund in California.

While Pencilliah jets in and out of South Africa, races Formula 1 cars, dives with great white sharks and takes game drives with Virgin boss Richard Branson, consumers - from domestic workers and soldiers to estate agents and businessmen - are protesting at having their bank accounts repeatedly raided, sometimes up to six times a month.

On Tuesday, Pencilliah hauled a consumer who dared to complain on the consumer website Hellopeter about the rampant debits before court, securing an order, with costs, to have the post removed.

None of the affected consumers will have heard of Pencilliah or his Umhlanga, KwaZulu-Natal-based company Woza 2010, trading as LLC Collections.

The firm sold a product called Educorp, debiting consumers under the name LLC Collect or LEA Collect for an educational product that offers pupils online and call-centre assistance for maths and English.

Based on verbal mandates, customers were charged R85 a month for three- to five-year subscriptions.

Consumers can be legally debited if they have given either written or verbal consent.

LLC closed its call centre and stopped selling the product in 2012, but subscriptions sold will continue to 2017.

Following inquiries by the Sunday Times, the national payment systems authority said on Friday that it had already launched an urgent probe.

It requested the assistance of LLC's banker, Absa, as well as other banks whose clients may have been affected.

LLC Collections is already "under review" on an industry debit order abuse blacklist following a complaint by Mercantile Bank a few months ago.

After picking up high levels of disputes, Mercantile asked LLC for proof of customer consent, threatening to stop processing its debits if none were forthcoming.

LLC failed to produce the mandates, and had to move its debit processing to another bank. It selected Absa.

Pencilliah has blamed an organised crime syndicate that infiltrated his local company in 2010. He claimed a fraud case was "ongoing".

However, police told the Sunday Times that they had found no evidence of fraud and had long since closed the case.

Pencilliah, meanwhile, denied through his lawyers that his company's dispute levels were high, saying it had the lowest dispute rate among all call centres serviced by its debt-collection company Stratcol.

Nevertheless, a Sunday Times investigation can reveal that:

About 30000 disputes were recorded among 400000 debits processed for LLC last month alone;

The fraud case opened by LLC was closed in 2011, with no fraud detected and no arrests. This was despite LLC having employed "a full-time criminal psychologist" to assist in identifying nine guilty employees;

The Durban call centre, Corporate People, "opened to assist with any consumer complaints from victims", is owned by Pencilliah's associate, ex-Standard Bank investment banker Abhir Dayaram, who opened the 2010 fraud case; and

None of the banks have been alerted to the fraud, despite claims by LLC that they had.

Payments Association of South Africa CEO Walter Volker said: "We are investigating allegations against LLC and any other companies that might have been identified in the process. In this case, the probe will be looking at possible transgressions of the payment clearing rules by Stratcol [the middleman agent handling the debits for LLC] via its sponsoring bank, Absa. As a matter of course the Reserve Bank will be informed of these developments."

Mercantile said it had warned Absa as far back as June and as recently as last month of its concerns about LLC's failure to provide mandates from consumers. Absa, however, said it had "no knowledge" of any problems with LLC debits.

It also declined, along with the other banks, to divulge dispute figures, citing confidentiality. At least two banks, Standard Bank and FNB, said dispute numbers were low. Stratcol would not give dispute figures but said it was "satisfied" with the results of random mandate testing in the past 60 days.

Asked about the extent of the alleged fraud, lawyers acting for Pencilliah, Shepstone & Wylie, declined to answer, saying their client feared the figures would be "sensationalised".

There are about 80 complaints on Hellopeter about rogue LLC and LEA debits, dating from February this year.

Lawyer Simon Chetwynd-Palmer said his client was not aware that the police case had been closed. When asked why an audit had not been done to determine the number of debits affected, Chetwynd-Palmer said: "LLC is currently in the process of attempting to identify and contact all the affected consumers. It is a lengthy process but is currently under way."

LLC's policy was to pay a full refund, including bank charges, to a victim within 24 hours of confirmation of the fraud.

"LLC has promptly paid all such known victims over the past two years."

Lawyers said LLC had set up a retention fund with Mercantile Bank as an assurance to victims that refunds would be promptly paid.

But Mercantile Bank said this fund was established at its request and was treated as "a security deposit" for returned debit orders that could arise from time to time.

"On termination of the relationship, these funds were retained by Mercantile Bank to offset any returned debit orders arising after termination," said the bank's head of electronic services, Matthew Coaker.

Pencilliah's personal website is "under maintenance". So too are the websites of his companies The Jetstream, World Trade Consortium and Dayaram's Corporate People.

Pencilliah and former banker Dayaram head up venture capital firm Quantum Capital Fund, founded by Pencilliah in 2004. It claims to be headquartered in California, with offices in South Africa and India.

Dayaram changed his employment details on LinkedIn and Facebook late this week - to reflect that he had left Quantum - after the Sunday Times named him in correspondence with LLC's lawyers. His website, however, still names him as CEO of the company, as do other profiles on the internet.

Quantum's first US tech venture was reportedly a $30-million investment in Pencilliah's The Jetstream, a new social media network "targeted to a wide variety of people who are on a journey to self-discovery".

Pencilliah, who has written a self-help book, The Jetstream of Success, is described online as having 20 years of accomplished business acumen.

He is reported to have run a sweepstakes in the US last year offering the winner a free trip to Rio. The Los Angeles Times reported that the sweepstakes had "all the earmarks of a scam, along with New Age trappings and the Kardashians".

It emerged the Kardashians were paid tens of thousands of dollars via a PR company to promote the sweepstakes on Twitter.

Car website 6Speedonline reported last March that Pencilliah drove his Lamborghini into the sea, through deep waves. The YouTube video of the stunt is no longer available.