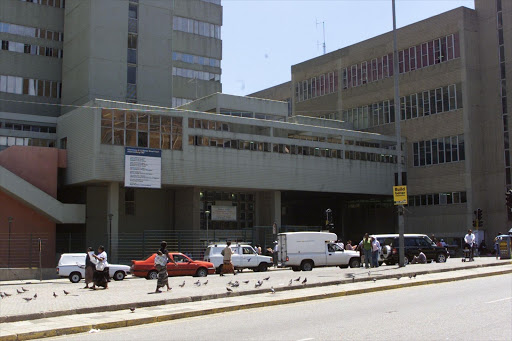 Asylum seekers might soon have to reveal details of their personal finances and educational qualifications to the South African authorities before their applications will be considered.

The Department of Home Affairs has released for public comment a new application form that requires asylum seekers to specify how much money they have in South Africa and how they intend to support themselves here.

They will also be asked about the assistance they were given in gaining entry to this country and will have to give details about their dependants outside South Africa.

The raft of new questions has prompted accusations that the government wants to "identify more desirable types of migrants based on education, skills and economic situation".

"There are very detailed questions about current and past employment, as well as [demands for] testimonials, salary slips and documentation proving previous employment. An asylum seeker who fled his country is unlikely to have taken any of this information with him or to be able to contact a previous employer," said Roni Amit, a senior researcher at the African Centre for Migration and Society.

South Africa is obliged to protect refugees in terms of the 1951 UN Convention on Refugees. But concerns about the huge number of economic migrants coming into this country under the pretence of seeking asylum from persecution have led to many valid applications being turned down, experts say.

Last year only two of more than 12000 asylum seekers were granted asylum status.

Amit said the new questions were a cause for concern.

He said the Department of Home Affairs was not entitled to consider financial status in immigration applications.

"We think it might be another way to reject people for economic reasons," Johnson said.

"One of the department's major needs in regards to the asylum system is to work on processing asylum seekers' claims more efficiently - the changes proposed won't do that and a lot of them are irrelevant in terms of refugee protection.

"The department's refugee status determination decisions are terrible. We're worried that some of these changes will make an already inefficient and dysfunctional system worse," said Johnson.

Amit agreed: "Many of these questions are not relevant for asylum status, which should be based only on establishing [the validity of] fear of persecution or general conditions of instability."

Roshan Dadoo, advocacy officer at Consortium for Refugees and Migrants in SA, was also "concerned" about the changes.

"Asylum is based on seeking safety ... not on whether the person has relevant skills," she said.

The changes are being proposed amid growing concern about a massive backlog in the processing of asylum applications, and about there being too few staff to deal with them.

The backlog at Home Affairs' Cape Town office, according to Johnson, is about 80000 cases.

The new application form is the latest in a number of changes to visa requirements that foreigners have to meet when visiting or working in South Africa.

Department of Home Affairs spokesman Mayihlome Tshwete did not respond to a request for comment after undertaking to do so.