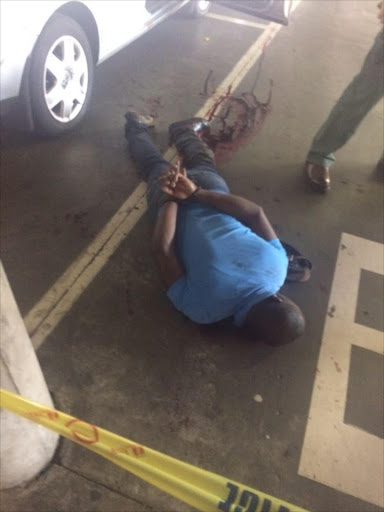 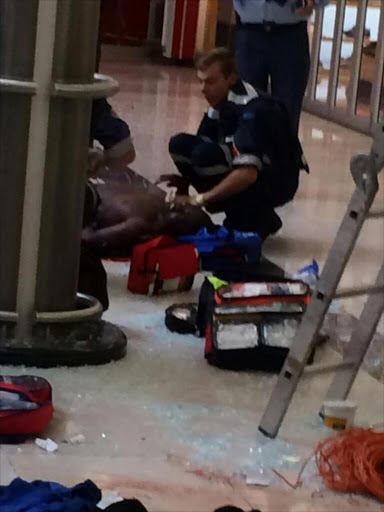 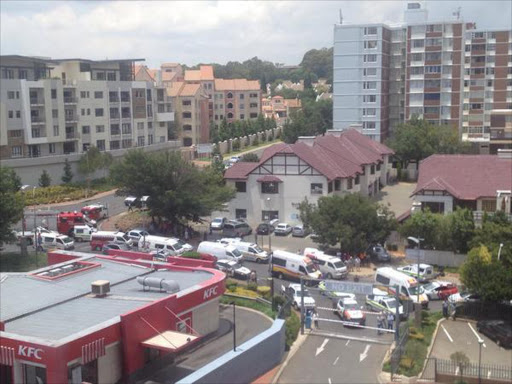 A cash heist has resulted in a shootout at the Bedford Shopping Centre.

According to witnesses the robbers are currently holding people in Standard  Bank hostage.

Police and emergency services are at the scene.

According to Eye Witness News a witness described the scene, saying “As I came out of the toilet I just saw people firing guns. A lady came past me and she was shot in the crossfire. Three people were shot. I think it was a robbery.”

The shooting was apparently the result of an attempted cash heist ENCA says on Twitter.

Three men and a woman were shot and wounded in Bedfordview, east of Johannesburg, on Thursday, paramedics said.

"I can confirm that four people were injured, ranging from from serious to critical," Netcare 911 spokeswoman Santi Steinmann said.

"The patients are all being treated at the scene and will transported to various hospitals."

She said all had sustained gunshot wounds, and that police were on the scene investigating.

Steinman was unable to provide further details but pictures circulated on social networking site Twitter showed it happened at the Bedfordview Shopping Centre.

Provincial police spokeswoman Colonel Noxolo Kweza referred queries to Lt-Col Katlego Mogale who could not be reached for comment.

People are tweeting images from in the centre.

Blood all over Bedford Centre. Suspects and civilians shot. @ewnreporter@eNCAnews@BedfordEdenvalepic.twitter.com/OHGUz7AFJR