Only 1 in 8 students will find a place at university 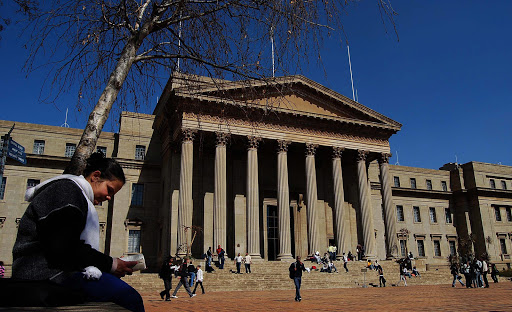 Students at the Wits University (University of the Witwatersrand) in Braamfontein.
Image: Gallo Images/City Press/Yandisa Monakali

Studying hard and passing matric with flying colours can no longer guarantee students a place at colleges or universities. Only one in eight who apply will be enrolled.

About 200 000 first-year students will sit for their first lectures at South Africa's 24 universities this week while a multitude of unsuccessful candidates will be dealing with rejection, either because they did not meet the requirements, or because the institutions of learning are full.

This is in spite of an increase of almost 55000 available spaces at universities over the past decade.

Figures provided by universities this week showed that the highest demand, and highest rejection rate, was in KwaZulu-Natal.

At the University of Zululand, 82800 applicants jostled for just 6500 first-year places, which means that only one in 13 made it.

At the University of KwaZulu-Natal, one in 10 was successful.

Although it looks slightly better elsewhere, the picture is still grim .

At the University of Johannesburg, applicants had a 10% success rate.

More than 51000 applied at the University of the Witwatersrand, which can accept only 6255.

One in five applicants for Rhodes University in Grahamstown in the Eastern Cape will fill the available 1800 places, and at the University of the Western Cape, 4000 of the 25000 applicants were accepted.

The Cape Peninsula University of Technology had 32000 applications for 9000 places, and at Stellenbosch University only 5000 of the 22700 applicants have been placed.

Carl Herman, director of admissions at the University of Cape Town, said that across the country and internationally there had been a sharp increase in the number of applications. "Until about 10 years ago, students could apply through walk-ins. This has changed because so many prospective students meet admission criteria. It has become much more difficult ," he said.

The best success ratio was achieved at Walter Sisulu University in Mthatha in the Eastern Cape, where 8840 of the 22000 who applied got in.

There was a one-in-four chance of being accepted at the University of Pretoria, where 10500 of the 42000 applications were successful.

Tuks spokeswoman Sanku Tsunke said it was vital for students to apply early. Applications open as early as March for the next year's intake. "Students must apply as early as possible. Many students are denied because there are no places available in their chosen field - sometimes even very good students ," she said.

University of Johannesburg registrar Professor Kinta Burger said those who were not accepted needed support.

"It is essential that they regain a sense of perspective and ... consider alternative options provided by both public and private institutions."

According to the Wits website, "meeting the likely admissions levels of acceptance does not guarantee you a place".

But Khaye Nkwanyana, a spokesman for the Department of Higher Education, said a lack of space was not the only factor.

"It is clear that not all applicants who do apply for university study fulfil the minimum requirements to enter into the programmes they have applied for.

"A large majority of those applicants should be considering other options."