X2 is hunting for mines 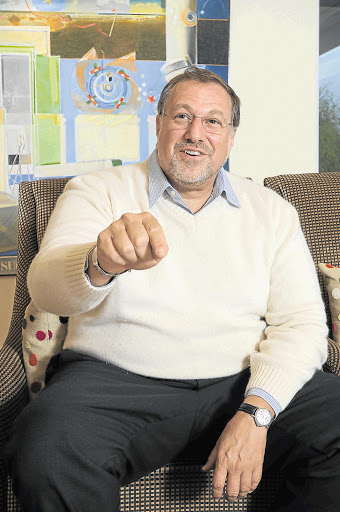 Mick Davis, former Xstrata CEO, completed his "initial" fundraising of $5.6-billion from investors and is ready to begin purchases at a time when large mining companies are divesting assets.

X2 is hunting for assets to buy from the world's largest miners such as BHP Billiton, Rio Tinto, Vale and Anglo American, who are reshaping their portfolios after commodity prices slumped and a decade-long $626-billion acquisition spree brought writedowns to management exits.

While there are many assets in the market for X2 to acquire, the number of those available privately from the large mining firms is declining because low valuations make it hard for their management to divest, Paul Gait, a mining analyst at Sanford C Bernstein in London, said.

"Spinning off assets through a publicly listed vehicle seems to be the most preferred route because they can divest non-profitable assets too," Gait said.

BHP is prioritising its most lucrative iron ore, copper, coal and petroleum operations from Australia to the Americas, along with a potential potash unit in Canada.

It is planning to spin off silver, lead, manganese, alumina and nickel assets under South32 and list it in Australia, London and Johannesburg.

Last month Rio announced an asset portfolio restructuring, leading to the head of its coal business leaving. This may signal the firm is preparing to exit its coal operations, according to Jefferies mining analysts.

Davis, a 57-year-old South African, has studied bids for Vale's nickel business as well as BHP's thermal coal and nickel assets, and Anglo's copper mines in Chile, according to people familiar with the situation. Anglo is also planning to sell some coal assets in Australia and South Africa.

At Xstrata, Davis created a diversified mining company, riding a boom in metals prices as Chinese economic growth fuelled what became known as the commodities supercycle. He completed deals with a total value of $33.6-billion.

The biggest takeover was its $18-billion acquisition of Falconbridge in Canada, the largest successful hostile bid in mining.

Through a decade of 40 mergers and expansions, Davis increased Xstrata's market value more than 80 times to $50-billion, and the company became the world's biggest exporter of power plant coal.

After Xstrata agreed to be acquired in 2012 by its largest shareholder Glencore in a $30-billion deal, Davis was to lead the combined entity. The power-sharing agreement collapsed when Glencore CEO Ivan Glasenberg demanded the title.

"The blue chip nature of our investors and the scale of their commitments to date are clear endorsements of the X2 resources team's strategy and our track record of creating value," Davis said yesterday. "We continue to carefully review a number of opportunities in the sector in detail."