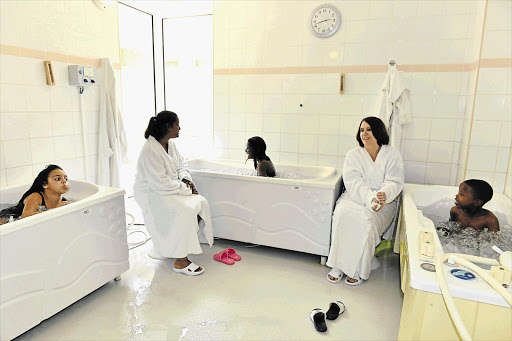 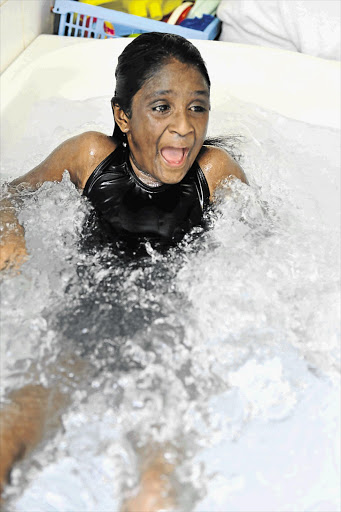 When it comes to facing the stigma of her daughter's skin disease, there are many incidents that stick out for Rooksana Naidu: the stares at malls, whispers among strangers and ridicule by school friends.

Most heartbreaking for the Durban mother was when she took little Alisha for her regular check-ups at a government hospital.

"People would look at her as if she was abnormal. I would hear them remark about her 'snake skin'," recalls Naidu. "It hurt a lot. I often felt like educating them about the disease, but avoided any confrontation.

"In my mind I was trying to explain that it's not contagious."

Alisha, 12, was diagnosed with atopic eczema when she was three years old.

Eczema is a disease that causes the skin to become inflamed or irritated. It can develop into other allergic conditions, such as asthma and hay fever.

Statistics show that about 10% to 20% of children and 1% to 3% of adults around the world suffer from eczema.

At times Alisha's eczema would be so bad that her skin would be inflamed, with active lesions covering patches of her body causing irritating, itching and "lots of tears".

"Alisha battles at school because of the distraction of her skin condition. The other children tease her and don't want to play with her. Often she does not want to go to school."

Over the years, doctors prescribed a cocktail of treatments including corticosteroids, emollients and antihistamines. At her worst, she was on Azathioprine, a very strong immunosuppressive drug used in organ transplants and for autoimmune diseases.

Naidu fights back tears as she recalls how she had to assure her daughter that "you are a pretty young girl", and assure her that her skin will heal.

"I often felt like I would give my life to help her stop suffering. Most of her body was covered by the eczema. Our skin is what others see and they often make judgments based upon it."

It was during another visit to hospital last year that Alisha and Naidu's lives would change.

Dr Ncoza Dlovu, a consultant dermatologist, lecturer at the Nelson R Mandela School of Medicine at the University of KwaZulu-Natal and an expert in South African skin, recommended her for treatment at a medical spa in France that treats a range of skin diseases including atopic dermatitis, psoriasis, the after-effects of scars and burns as well as cancer.

In between running around to sort out their passports, all Naidu could think was: "My child won't have to suffer again."

For three weeks, Alisha was a patient at the Avène Hydrotheraphy Centre in the south of France. She and two other South African eczema suffers, Matthew Ketcher, 7, and Nirvana Borrageiro, 8, and their mothers were hosted by Avène.

The treatment yielded remarkable results. According to a scorecard, Alisha's skin improved by between 44% and 62%, itching was reduced, there were no more active lesions and her skin was softer.

Her daughter's smiles and laughter reduced Naidu to tears.

"It was like a miracle had happened. I know we'll have to maintain her skin now, but she is a different child. She even loves it when I brush her hair. Before it use to be irritating."

Nirvana's mother, Tracy, was equally thrilled at the improvement of her child's condition.

"She suffered from eczema since childhood. We spent a lot of money on narrow-band UVB treatment, but it did not have much of an effect."

Zillah Ketcher could not wait to get home to South Africa for her family to see the change in her son.

Matthew has had eczema since he was five months old and they had tried various natural therapies and used the most expensive cortisone cream, Persiva, with disastrous results, she says.

"I was against using cortisone cream, but it was the only product that kept Matthew's skin under control. He would sometimes cry as his skin would be inflamed, causing a temperature.

"I know there is no miracle cure for Matthew's eczema, but there has been an amazing difference in his skin since the Avène treatment. I'm so happy and so is he."

The Avène range, made with the thermal spring water, is now available in South Africa.

Naidu this week said Alisha was completely off all drug treatments for the first time.

"She has not needed to go to the hospital or see a doctor at all since we came back from treatment."

The Avene centre is the first hydrotherapy centre dedicated to dermatology.

It is open from March through to November, and during the 2013 season it treated 3000 patients over three weeks.

Research conducted by the Pierre Fabre group, which owns the centre and manufactures Avene products, suggests that spring water contains a wide variety of minerals, including calcium, magnesium and silicates. It has distinctive qualities and unique soothing, anti-irritating and anti-bacterial properties.