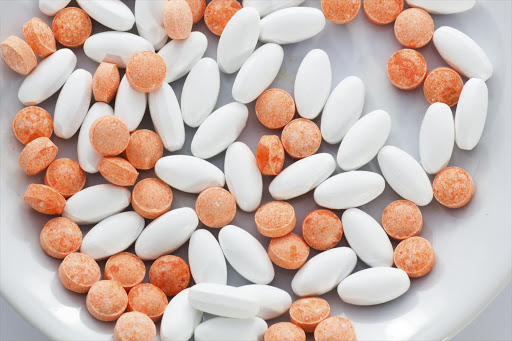 South Africa’s eligibility for ongoing inclusion in the African Growth and Opportunity Act (AGOA) is being used as a bargaining chip in pressure by the pharmaceutical industry to get the country to backtrack on intellectual property (IP) law reforms aimed at promoting access to more affordable medicines.

The Fix the Patent Laws coalition - Treatment Action Campaign (TAC)‚ Doctors Without Borders (MSF)‚ SECTION27 and the Stop Stock Outs Project - on Thursday expressed concern about this pressure bearing down‚ as evidenced by an American Chamber of Commerce in South Africa (AmCham) submission to the Office of the US Trade Representative last week.

Among the prominent AmCham members are some of the pharmaceutical companies behind the 2014 Pharmagate scandal‚ in which the US and European pharmaceutical industry sought to delay South African intellectual property law reform by financing a covert $600‚000 campaign.

Health Minister Dr Aaron Motsoaledi said at the time that the campaign sought to restrict access to crucial drugs and called it “genocide”. The minister also called on all South Africans to fight against such attempts "to the last drop of their blood".

“While there is no clear evidence the US government is linking AGOA eligibility to halting IP reform‚ the AmCham submission to the US Trade Representative makes it clear that AmCham members are lobbying the US government to exert such pressure‚” a joint statement by the coalition said.

AGOA is a nonreciprocal trade preference programme that provides duty-free treatment to US imports of certain products from eligible sub-Saharan African countries‚ including South Africa.

The AmCham letter says that although it was not its “intention to request that the US government exclude South Africa from AGOA”‚ it wanted to “use the AGOA 30 Review as leverage for action/changes in terms of policy issues that the South African government is pursuing”.

“We know there’s significant pressure on the South African government to abandon or to water down the proposed intellectual property law reforms. We have seen very worrying delays in finalising the national intellectual property policy‚ and we hope the South African government will not be moved to compromise the health of its citizens in order for US pharmaceutical companies to continue to reap massive profits‚” said Anele Yawa of the TAC.

Earlier this year‚ the TAC had been informed by a well-placed source that the finalisation of South Africa’s 2013 draft intellectual property policy had been stalled in part because of AGOA-related pressure from the US government.

“On 25 June the TAC wrote to South Africa’s Minister of Trade and Industry Rob Davies noting concerns regarding the potential linking of AGOA eligibility to intellectual property law reforms. The letter requested minister Davies’ reassurance that the country would not abandon its process of reform due to pressure from the US. Despite confirming receipt‚ minister Davies has not responded to the letter to date.”

The proposed law reforms were a concerted effort by the government to ensure ordinary people in South Africa did not pay unreasonably high prices for medicines on account of low-quality and unwarranted patents‚ the statement said.

“Today it remains easy for multinational pharmaceutical companies to be granted multiple patents on existing medicines and prolong market monopoly periods. The proposed reforms would limit such ‘evergreening’ practices‚ and are fully in line with rules of the World Trade Organisation (WTO).

“The South African Department of Trade and Industry and the Companies and Intellectual Property Commission (CIPC) have already taken promising steps that suggest they will progress with intellectual property reform‚ and not cave in to US pressure.

“This week‚ the CIPC started the recruitment of 20 patent searchers to be trained for the eventual implementation of a patent search and examination system. Such a system already exists in Argentina‚ Brazil and India and will ensure that patent applications are examined rigorously.

“At the same time‚ the Department of Trade and Industry has initiated the process of intellectual property-related legislative reform‚ with the introduction in Parliament of a draft bill to amend the Copyright Act. The draft bill is currently open for public comment.”

“The South African Constitution places a positive obligation on the state to take all reasonable legislative and other measures to ensure the realisation of the right to access health care services‚ within its available resources.

“We support the South African government’s efforts to fully incorporate public health flexibilities permitted by the WTO into our national laws‚ to promote access to medicines and medical technologies‚” said Catherine Tomlinson of MSF.

“We urge our government not to be swayed by pressure seeking to override South African sovereignty or limit our constitutional rights.”