Road closed as protesters take to the streets 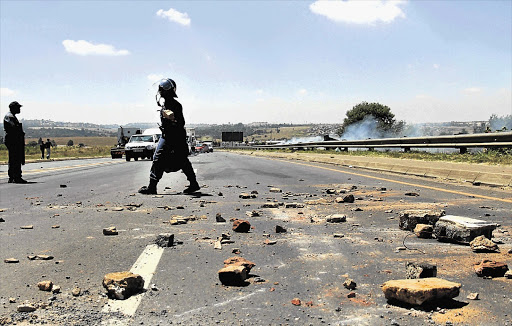 Protest action on Sunday afternoon led to the closure of parts of a Jakes Gerwel and Highlands drives in Mitchells Plain.

About 400 protesters had also burnt rubble in the road and traffic was diverted by metro police.

Police were also on the scene and after the crowd was addressed by the public order police, protesters returned to their homes, said mayoral committee member for safety and security JP Smith.