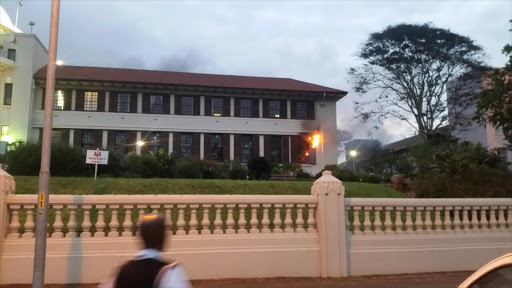 Fire fighters managed to contain a fire that was started at the law library at the University of KwaZulu-Natal's Howard Campus on Tuesday night.

Law lecturer Franaaz Khan posted on social media that the fire started at about 6pm was brought under control with minimal damage.

She said fire services was working to minimize smoke and water damage.

The campus was the scene of violent clashes during the day as police fired rubber bullets and tear gas to disperse protesters.

UKZN management initially suspended lectures but later decided to close the campus for its September holiday from tomorrow until September 19.