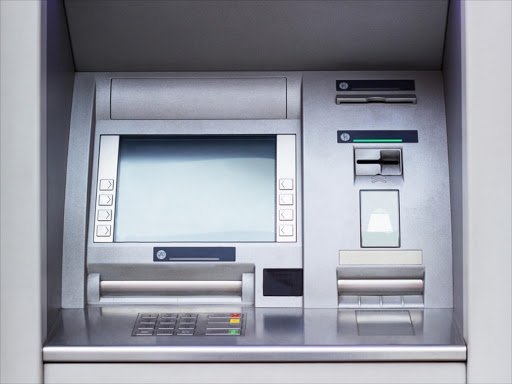 A man who stole R3-million from automated teller machines (ATM) which were assigned to him and who claimed he was under the influence of a “spiritual healer”‚ was granted leave to appeal against his 15-year jail sentence for theft.

Donald Khobane had been employed by Nedbank as an ATM consultant and his job was to balance and replenish the cash at nine ATMs assigned to him in Johannesburg.

He absconded from work in July 2009 and an inspection revealed there were cash shortages at those ATMs which had been under his control.

After he was arrested‚ Khobane made a confession to police that he could have come under the influence of some kind of “spiritual healer”‚ known as Professor Zao.

Zao had told Khobane that he had a “symbol of wealth” on his hands and that if Khobane lent him as much money as possible‚ taken from the ATMs‚ the “professor” would use it to “cleanse” him and that Khobane could then return the money and would never again have financial problems.

Khobane took large amounts of money from the ATMs to Zao on two occasions.

The charge sheet did not indicate that Khobane would be sentenced in terms of the “minimum sentence legislation” to 15 years for his crime.

Khobane was sentenced to 15 years by the Alexandra Regional Court. Khobane applied for leave to appeal‚ which the magistrate dismissed.

Khobane then petitioned the High Court in Johannesburg for leave to appeal against both conviction and sentence. The court refused the petition.

He then petitioned the Supreme Court of Appeal‚ which granted Khobane leave to appeal‚ to it‚ against the refusal of his petition.

In its judgment granting him leave to appeal against the sentence at the high court‚ the Supreme Court of Appeal said the entire question of the minimum sentence was dealt with in a hasty and superficial way.

“The question of (Khobane) having been under the sinister influence of a ‘confidence trickster’ was not explored.

“The facts of the case are so bizarre that they cry out for a full investigation before the imposition of sentence. There was no probation officer’s report for the magistrate to consider‚” Judge of Appeal Nigel Willis said in a judgment of the full bench.

Willis said the SCA had been careful not to stipulate that the failure to warn an accused person who faced a prescribed minimum sentence would necessarily result in an unfair trial.