Jail-time for rapist after SCA sets aside fine 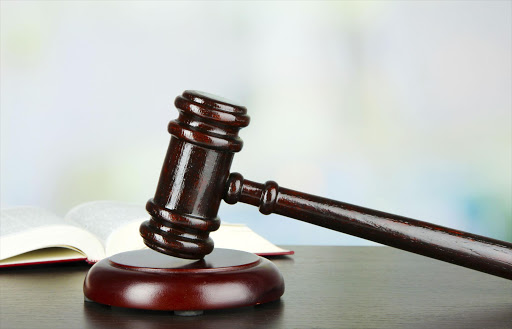 A man who was given a lifeline last year when his seven-year sentence for rape was substituted with a fine of R100 000 did not have such luck when the Supreme Court of Appeal (SCA) said he must serve four years in prison.

Aboo Baker Seedat‚ 68‚ was convicted by the Schweizer-Reneke Magistrate’s Court for rape and sentenced to seven years imprisonment in February 2011.

Seedat had denied the charge of rape.

Seedat‚ a businessman who owns two shops in the area‚ went to the woman’s home to deliver a bed lamp and groceries bought by her daughter.

Seedat offered to demonstrate to her‚ in her bedroom‚ that the lamp was in a working condition.

It was after the demonstration that Seedat‚ according to the woman‚ threw her against the dressing table‚ pulled off her trousers and panties‚ picked her up and threw her on her back before raping her.

After the sentence‚ Seedat appealed to the full bench of the High Court in Pretoria‚ which set aside the sentence and ordered Seedat to pay R100,000 to the woman.

The full bench said the magistrate’s court took into account the fact that the woman testified that she did not want Seedat to be sent to prison but pleaded that he must buy her a Toyota motor vehicle.

The full bench said‚ taking into account the desire of the complainant and the seasoned age of the appellant‚ it was of the view that that the circumstances of this case called for resorting to restorative justice‚ and make a compensatory award.

The prosecuting authority was not happy with the sentence and appealed to the SCA on the basis that the sentence was incompetent and invalid.

The SCA said that while it accepted that the complainant might have thought that it would be appropriate to make Seedat rather pay monetary compensation for what he did‚ her views were not the only factor to be taken into account.

“Rape has become a scourge in our society and the courts are under a duty to send a clear message‚ not only to the accused‚ but to other potential rapists and to the community that it will not be tolerated‚” Judge of Appeal Zukisa Tshiqi said in her judgment.

She said the public would justifiably be alarmed if courts tended to impose a suspended sentence coupled with monetary compensation for rape.

She said as the State had contended‚ a sentence entailing a businessman being ordered to pay his rape victim instead of a custodial sentence was bound to cause indignation with at least a large portion of society.

This was because rape was considered one of the most serious offences constituting a humiliating‚ degrading and brutal invasion of the privacy‚ the dignity and the person of the victim.

She said although Seedat’s age and deteriorating health were relevant factors to be taken account in determining an appropriate sentence‚ these factors did not mean a custodial sentence could not be imposed.

She cited a recent judgment in the case of former doubles-tennis ace Bob Hewitt‚ where the court said as an elderly man of 75 years at the time of his conviction and was in poor health‚ “he does not suffer from a terminal or incapacitating illness . . . It was also not disputed that the medical treatment and care that he requires would be available in prison”.