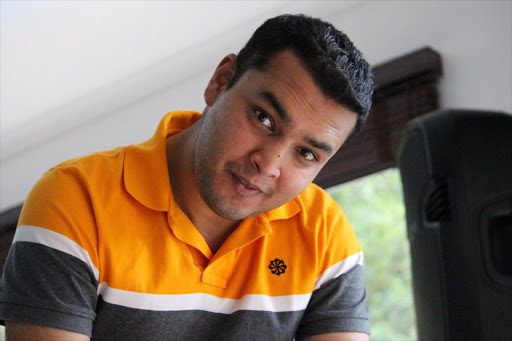 Ford broke the law when it failed to tell the National Consumer Commission (NCC) of Kuga owner Reshall Jimmy's death - and potentially jeopardised public safety by not telling the motor industry ombudsman.

In a number of affidavits‚ police have accused the global car manufacturing giant of deliberately obstructing detectives in their investigation into Jimmy's death.

Jimmy died when his car caught fire while he was on holiday in the Wilderness‚ in the Western Cape‚ in December 2015.

“It is clear that Ford was obliged to inform the commission of Jimmy's death. They failed to do so. It has failed to comply with the law.

“In terms of the Consumer Protection Act (CPA)‚ the commission must promote the development of industry wide codes of practice … to receive notice of consumer complaints or reports of product failures‚ defects or hazards; the return of any goods because of a failure‚ defect or hazard; personal injury‚ illness or damage to property as a result of product failure… The commission can conduct an investigation into the nature‚ causes and degree of risk to the public… and notify consumers of the risk pertaining to those goods and if the goods are unsafe recall the goods.”

That’s the claim of Colonel Rozelle Kruger‚ a legal officer in the Western Cape provincial police commissioner's office‚ who‚ in an affidavit‚ has responded to Ford's urgent high court application to obtain the evidence in the police inquest docket into 33-year-old Jimmy's death.

While Ford says the fire started at the back of the car‚ it has been unable to explain the cause. Police and private and insurance forensic fire investigators believe an electrical fault behind the dashboard on the passenger side of the vehicle caused the fire.

Since Jimmy's death‚ 51 1.6l Kugas have caught alight in South Africa. Two others have caught fire in Swaziland and Botswana.

As well as the 1.6l 2014 Kugas catching fire‚ other Kuga and Ford models have also caught alight‚ including Figos‚ Fiestas and Focuses.

Last week‚ Ford‚ under intense pressure from the NCC‚ which was spurred on by the growing concern of Ford owners‚ announced a safety recall‚ but only of 1.6l Kugas built between 2012 and 2014. Over 4 500 Kugas are affected by the recall.

The company believes that the fires are caused by a faulty coolant system and are unrelated to Jimmy's Kuga fire.

Kruger and Constable Thembekile Matwa‚ who is investigating Jimmy's death‚ submitted their affidavits in which they claim Ford broke the law and obstructed their investigations and potentially jeopardised public safety‚ to the Cape Town High Court on Monday.

They were sworn in response to Ford's urgent high court application.

In its affidavit‚ Ford says the police and Jimmy family had deliberately thwarted it in its investigation into the cause of the fire. The evidence the company wants to see includes video footage of Jimmy's burning car.

Ford has also made a Promotion of Access to Information Act application to try and obtain the evidence contained in the docket.

Kruger‚ in her affidavit‚ said it was clear that while Ford was obliged to inform the commission of Jimmy's death‚ it had failed to do so.

She said‚ on Ford's own version‚ it had also failed to inform the motor industry ombudsman of a potential critical safety issue with the Kuga.

“Only when more consumers came forward‚ alleging that their Kugas had suddenly caught fire‚ they sprang into action. Ford had not reported the death when the owner's Kuga caught fire.”

Kruger said that‚ in terms of the CPA‚ the commission had to develop systems which allowed consumers to lay complaints about product failures‚ defects or hazards.

She said that this was so that the commission could conduct investigations into goods which posed risks to the public and so that they could notify consumers of these risks and if needs be issue a recall of potentially hazardous products.

Kruger said the urgency Ford claimed to obtain the docket was “self-created”.

“It is clear that Ford adopted a slow-to-react attitude which had the effect of creating self-urgency‚ for which Ford only has itself to blame.”

This‚ she said‚ was evident from Matwa's affidavit in which Ford‚ after being requested to do so‚ failed to provide him with the records and information needed to assist him in concluding his investigation into Jimmy's death.

She said while Ford claimed the police were refusing to help‚ they were in fact willing to provide certain evidence.

Kruger said that although the investigation was not complete‚ police were willing to provide Ford with video evidence of Jimmy's burning Kuga‚ statements from security officers who saw the fire‚ Jimmy's insurance company's fire investigation report and his post mortem report.

In his affidavit‚ Matwa said that‚ despite Ford representatives signing agreements to share information - including forensic reports‚ wiring schematic diagrams‚ vehicle service history job cards and registered complaints from Jimmy to Ford about his vehicle - the company had refused to do so.

He said throughout his investigation he had found Ford's “conduct obstructionist”. He said that when Ford’s fire inspector‚ Anthony Young‚ inspected Jimmy's car on January 20 last year he had pointed to two wires under the dashboard on the passenger side of the vehicle and said there had been “arcing” between them.

He said police fire investigators and Jimmy's car insurance company had agreed with Young. “When I requested Young's report from Ford I was told that he had not provided it. I contacted Young and asked him about his report. He said he had given [Ford] the report on February 17‚ 2016.”

He said when he phoned Ford again he was told that the company was now “perusing it”.

Matwa said that soon afterwards a senior Ford employee asked him for his commander's number.

“My commander then told me that Ford wanted a third inspection of the car. I told my commander that if they gave me their report it will place me in a position to consult all roleplayers.”

He said the only report he got was a preliminary one and a letter requesting another inspection of Jimmy's car.

“I have received the police and insurance forensic reports but up to this day I have not received the photographs and report by Young. The investigation is complete in all respects‚ except for the absence of the reports of Young.

“I have also not received the report from the third inspection done by Ford on December 5‚ 2016."

Matwa said Ford was wrong in laying the blame at the door of the police for not giving information to the company.

“All along I took the view that Ford must provide the outstanding reports to place the police in a position to obtain all the information and present the docket to the prosecuting authorities to proceed with an inquest.

“I made formal requests for these reports but received no responses to these requests . notwithstanding that Young signed an undertaking of collaboration.

“It is in the public interest that Ford submit the information‚ especially the information concerning the schematics of the burnt vehicle and Young's report.”