Donkeys are the new Rhino 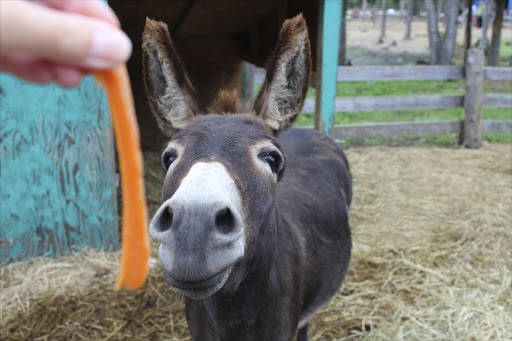 Forget rhino horns, elephant tusks and pangolin scales - experts are now warning donkey owners to keep a watchful eye over their animals because the demand for their skins is feeding an overseas market.

Two big busts this month alone, in Northern Cape and Gauteng, have cast a spotlight on a syndicate operating in the country that exports donkey skins to the Chinese market, where the gelatin in the pelts is converted into a product called ejiao, which is used in the East for medicinal purposes.

Said Ashley Ness, an inspector at the Highveld Horse Care Unit: "They butcher donkeys very cruelly and inhumanely. All they want is the skin. What's happening to the meat is a very good question."

Ness's team was instrumental in a bust on January 16.

The inspectors recovered nearly 3500 donkey skins in Benoni on the East Rand. It's believed that they were destined for China.

Ness said there was a one major syndicate operating with links to the slaughtering of donkeys for the skins in Limpopo, Mpumalanga, North West and Northern Cape, where the NSPCA recently discovered a farm with roughly 500 donkey carcasses on it.

"When we got there, there were about 500 carcasses lying around in the field.

"You can see they tried to bury some of them," she said.

Mokoena said the donkeys were killed with hammer blows and probably skinned before they were dead.

She alleged the pair transported the donkey skins from the farm outside Olifantshoek to a nearby house, where there was a cool-storage facility.

From there the skins were transported to Kimberley and then Benoni, the animal welfare inspector said.

It is believed the skins are then smuggled out of the country.

"We know people in Khatu, Kuruman and Dibeng whose donkeys have been stolen. People say they are robbed overnight," she said.