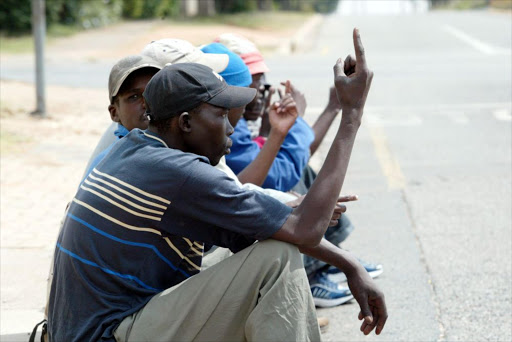 A third of graduates from technical and vocational education and training (TVET) colleges are jobless.

While the unemployment rate among South Africans with a tertiary qualification stood at 7%‚ it was a staggering 33% among TVET graduates‚ according to figures released in Pretoria today by Statistician-General Pali Lehohla.

According to the Quarterly Labour Force Survey for the fourth quarter of 2016‚ the unemployment rate declined overall by 0.6% in the last quarter. It now stands at 26.5%. But it is still up 2% compared with February 2016. The expanded unemployment rate is 35.6%. This accounts for both the official unemployment rate and the 8.9-million people who have stopped looing for work.

Lehohla stressed that unemployment was relatively low among university graduates‚ "but if you have graduated from a TVET it remains high".

Unemployment was "just terrible" especially among black TVET graduates‚ said Lehohla. "That's where serious intervention has to be directed."

Lehohla said the standard of what colleges were producing should be questioned. The statistics measured labour dynamics among both public and private TVET colleges. There was still a severe problem of private colleges offering unaccredited courses‚ Lehohla said. Some students emerged from colleges with useless certificates. These graduates added to the unemployment problem. With an unemployment rate of 37.1%‚ Lehohla said the young people remained vulnerable in the labour market

"People between 15 and 34 have remained the people that bear the brunt of unemployment‚" the Statistician-General said.