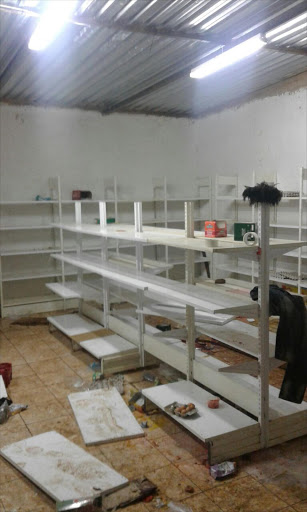 Police are monitoring foreign-owned spaza shops in Atteridgeville and Lotus Gardens‚ Pretoria‚ after several were looted on Monday evening.

Msimango said the situation was under control on Tuesday morning.

"The looting started in Atteridgeville and spread to the neighbouring Lotus Gardens. Police managed to control the situation and there were no further reports later in the evening.

"It was only foreign-owned spaza shops that were affected. Some of the owners were in the shops but none were injured. We don't know at this stage why this erupted‚" said Msimango.

Msimango thanked community leaders for helping to stabilise the situation.

The looting comes in the run-up to a planned march on Friday by an organisation known as Mamelodi Concerned Residents‚ which has circulated a flyer espousing anti-foreign national sentiment.

On Monday‚ the Nigerian government urged the African Union to step in to halt what it said were "xenophobic attacks" on its citizens and other Africans in South Africa.

AFP reported that the Nigerian presidency said there was a need for the continental body to "intervene urgently"‚ claiming that in the last two years "about 116" Nigerians had been killed‚ including 20 last year.

"This is unacceptable to the people and government of Nigeria‚" senior presidential aide on foreign affairs Abike Dabiri-Erewa said in an emailed statement to AFP.