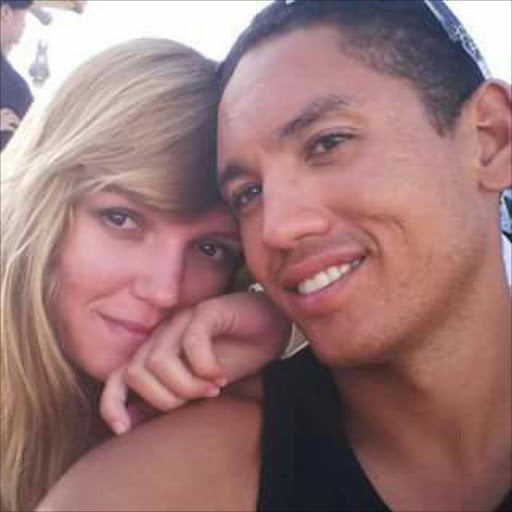 South African Emlyn Culverwell and his Ukrainian fiancée, Iryna Nohai, were arrested at the end of January 2017 for a ‘Zina’ moral offence in Abu Dhabi.
Image: Facebook

All charges against South African Emlyn Culverwell and his pregnant fiancée‚ Iryna Nohai‚ have been dropped in Abu Dhabi.

Culverwell called his mother‚ Linda Culverwell‚ in Port Alfred‚ on becoming a free man. They were released on bail on Wednesday afternoon at the Yas court in Abu Dhabi and then on Friday‚ the relieved couple heard charges had been dropped.

“I screamed his name; I was busy with a blood pressure test when I took the call. I thought he was phoning from prison. He told me to calm down and that they were out on bail. Then today [Friday] they phoned to say all charges were dropped. I didn’t know if I wanted to scream or cry‚” she said.

Since the arrest‚ Culverwell’s parents have exhausted all avenues to get their son and the 11-week pregnant Nohai released.

The couple are reported to be healthy‚ shaken up‚ but relieved to have the ordeal over.

Linda reported that she saw a sonogram of her grandchild and that she and her husband are overwhelmed with relief and joy.

All charges against Emlyn Culverwell and his pregnant fiancée, Iryna Nohai, have been dropped. Photo credit: Supplied by the family.

The couple have spent five years working at Yas Waterworld and lived in Abu Dhabi. They were arrested after Nohai‚ a Ukrainian national‚ sought medical treatment for stomach cramps. A doctor at the Medeor Medical Centre in Yas Mall discovered that Nohai was pregnant.

Being unmarried‚ the couple had transgressed the United Arab Emirates’ morality laws.

Their release was secured after Yas Waterworld’s holding company‚ Miral and Farah Enterprises‚ paid for a lawyer and bail.

Their detention had received attention from local and international media‚ with people all over the world rallying behind the couple. This week‚ a motion was presented to SA's parliament by Democratic Alliance MP and deputy shadow environmental minister‚ Terri Stander‚ condemning the couple’s incarceration. The South African international affairs department‚ which had been approached by Culverwell's family for assistance‚ stated they could not interfere in the judicial process in another sovereign country.

Culverwell's mother thanked everyone for the support.

“The publicity has helped so much‚ and if the holding company‚ as well as Yas Waterworld‚ did not do all they could‚ I shudder to think what would have happened‚” Linda said.

The charges against Emlyn and Nohai were related to the country’s morality laws.

A person found guilty can face between three months and five years’ imprisonment‚ as reported in past cases. Usually this is followed by immediate deportation. In some cases the mothers who give birth while incarcerated are deported without their babies‚ who are placed in children's homes within the UAE.

Linda said: “Emlyn was excited and relieved to see Iryna. He said‚ ‘Mom‚ I can’t explain to you how I feel. I can’t even call it floating.’ He said he is happier that she is out and if he had to stay‚ he would‚ but the safety of Iryna and the baby were all that mattered.”

“I’m dreaming about my grand-baby. I have to resist calling them every two minutes‚” she said.

“One day we will be able to tell our grandchild what happened to mom and dad. I am so grateful for how the story spiralled and how it worked out; now we can be grandparents. Their work [Emlyn and Nohai]‚ did so much‚ I can’t thank them enough‚” Linda added.

Karl‚ Emlyn’s father‚ said he could finally breathe. “I hope we can help others through our story. It is quite exceptional for their charges to be dropped. It is unbelievable the difference a good employer can make. The media did an unbelievable job and played big role‚” he said.

-TMG Digital/Talk of the Town