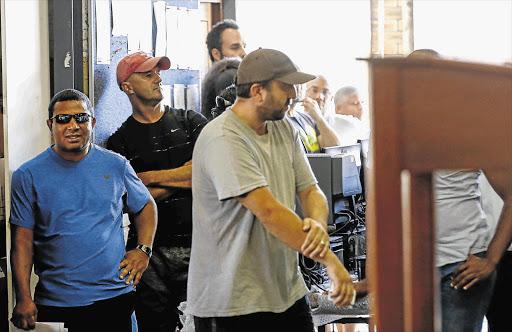 Jerome "Donkie" Booysen was a rugby star in his youth and he spent 20 years earning an anonymous living as a City of Cape Town building inspector.

But since he and his two brothers, Michael and Colin, emerged in the 1990s as leaders of the Sexy Boys - one of the biggest gangs on the Cape Flats - he has rarely been out of the headlines.

And he was there again on Monday when he was shot in Ravensmead. A source close to Booysen said he was doing well in hospital and he would "totally recover".

"He is grateful to be alive as he was shot two times."

Booysen has partnered Atlantic Seaboard millionaire businessman Mark Lifman in property deals and was associated with Yuri "the Russian" Ulianitski, who was killed in a drive-by shooting in Milnerton in 2007.

Here are some of the recent incidents involving Booysen:

May 2016: Booysen arrives at an Observatory tyre service centre shortly after an arson attack. He said the owner was a friend;

January 2014: Booysen accuses police of stealing thousands of rands in raids on three of his properties in Glenhaven and two in Belhar;

May 2013: Booysen's brother Colin, alleged to be a Sexy Boys leader, is shot in the arm and leg outside the gang's Belhar stronghold;

March 2013: Booysen's fortified Glenhaven stronghold is petrol-bombed and he is shot;

March 2013: A stash of chemicals used to make illegal drugs goes up in flames at a Durbanville house owned by Booysen. Community safety MEC Dan Plato says the Sexy Boys controlled the "massive" drug trade in the city;

February 2013: The Hawks search three houses owned by Booysen, two in Durbanville and one in Bellville, and arrest four men for allegedly dealing in drugs; and