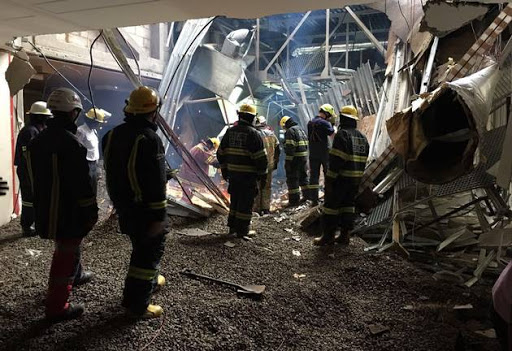 Negligence has been blamed for the partial collapse of a roof at Charlotte Maxeke Academic Hospital in Johannesburg‚ MEC for infrastructure Jacob Mamabolo said on Wednesday.

The investigation released by Mamabolo found contractors to blame.

Mamabolo said: "They should have known the roof could not take that weight."

Mamabolo would not say how the contractors were appointed.

But he said that there were already investigations into how all contractors were appointed by his department.

The families of those injured in the collapse had been visited in March by Gauteng government officials and people hurt were recovering‚ he said.

No one died in the collapse.

The hospital roof that collapsed was made partly of corrugated iron and could not withstand the weight of the stones.

A month after the collapse a different part of the hospital roof was photographed by Times staff with stones piled high onto the roof.

After the story‚ the stones were removed.

Mamabolo said the removal of stones from the second roof had nothing to do with The Times story.

A new contractor was doing waterproofing on the roofs already to prevent damp and leaks.