The aftermath of sexual abuse 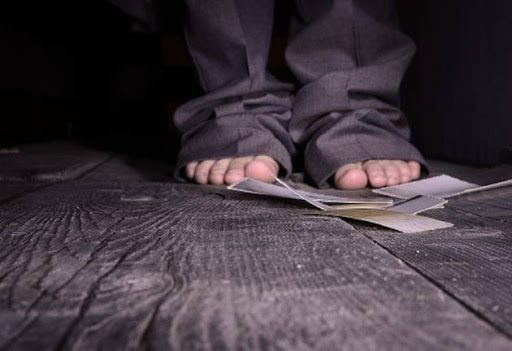 For the families of sexually abused children‚ the journey that follows can be profoundly lonely.

This is despite the initial outpouring of support often seen from authorities and community members when news of the abuse first breaks‚ parents of victims of rape at Scottsville Primary School in Pietermaritzburg have said.

A former school counsellor is accused of raping several boys‚ between the ages of five and eight‚ at the school and was dismissed last year. He was granted bail on appeal in March‚ after being refused bail three times.

The National Prosecuting Authority (NPA) has confirmed that his trial is due to begin at the end of July‚ but the relatives of some of his alleged victims feel they have been left in the dark.

"Promises were made by the education MEC for KwaZulu-Natal (Mthandeni Dlungwane) but up to this day nothing has happened. There has been no support for any of the victims of the school‚" the relative of one victim said.

"Our children were relocated to other schools at our own expense and we paid for psychiatric help."

The mother of another alleged victim said that while others moved on from the shock of the incident quickly‚ the affected families are left behind trying to understand the legal process and how to help their children.

"Everyone has just moved on with their lives. He's got bail and there's no knowing what's going to happen‚" she said.

"Preparation [of my child as a witness] for the high court hasn't started yet‚ which is daunting."

Another mother said she was specifically disappointed with the lack of support from the school.

"The school has not messaged once or phoned once to hear how my son is doing. There hasn't been one teacher that has come to support the boys‚" she said.

"We feel completely ostracised by the whole community. It's been horrible. I feel so sorry for my children.

"My son has violent outbreaks‚ is suicidal and has episodes of depression."

In addition to the emotional stress of the ordeal‚ the families have also suffered financial strain.

While some of the alleged victims have remained at Scottsville Primary‚ others were moved to new schools by their parents‚ at their own cost.

One family transferred their children to another school‚ which cost about R30,000 in fees and new uniforms.

Therapy dogs are helping child victims prepare to testify in court against their abusers.During the therapy sessions‚ the dogs are placed in ...
News
4 years ago

Though families were offered R1,000 by the school's governing body to pay for some counselling‚ the families have footed the rest of the counselling bill.

"We've been dealing with lawyers in [Pietermaritzburg] and they are helping us with civil charges against the department.

"You have people that are incredibly judgemental‚ saying 'oh‚ people just want freebies‚' but people don't understand the financial impact of this‚" the mother said.

KwaZulu-Natal education department spokesperson Muzi Mahlambi said a psychologist was sent to the school for a trauma debriefing.

"We supported them adequately. If there is a family with a need‚ let them approach the department."

The department had indicated it could not provide financial assistance in moving the children to a school of the family's choice‚ Mahlambi said.

In the case of an eight-year-old girl‚ allegedly raped by other pupils at a school in the Johannesburg suburb of Randburg‚ it took weeks for counselling to be arranged.

Community member Karen Barras is close to the girl's family and said that at first it was not clear which legal steps to take.

"It has been very confusing and frustrating for all involved as you are just left to figure it out for yourself. Something which has been extremely difficult for us to understand is the legal process and whether it has failed the victim or not‚" Barras said.

The girl will soon begin counselling at the Teddy Bear Clinic‚ which offers therapy and conducts forensic assessments to elicit information from victims regarding the details of an alleged crime.

As if raping his 10-year-old stepdaughter was not despicable enough, a Limpopo man persuaded a judge to spare him a harsh sentence, claiming the ...
News
4 years ago

Other counselling done prior to such a forensic assessment could harm the outcome thereof‚ which is why one school of thought suggests that counselling for victims of sexual trauma should be delayed until after an assessment has been conducted.

"For victims of sexual trauma‚ all they can think about is what happened to them. The logical thing is to contain that victim‚ therefore therapy is critical‚" she said.

"Our protocol says we have to conduct a forensic assessment‚ regardless of whether the child is receiving therapy."

The Randburg community has rallied around the girl's family and donated money‚ clothes‚ food and Uber trips to help them through the ordeal.

"A family has cooked the most beautiful homemade comfort food dinner for them. Others have dropped off gorgeous dresses and new outfits for the little girl to cheer her up. Teddy bears‚ lunch boxes - you name it‚" Barras said.

"When I saw her the other evening‚ she had a big smile on her face for the first time in a while."

A crisis committee has been formed to calm tension at the Mpephosi High School in Empangeni, northern KwaZulu-Natal, after parents brought teaching ...
News
4 years ago

"Society has this thing where boys can't open up about certain things. What we would like to see changed is the gender bias. Abuse does not discriminate. It happens to everyone‚" said the organisation's Hungani Ndlovu.

"We would like to see support for these kids and the families. If they are promised counselling‚ then let it happen."

NPA spokesperson Natasha Ramkisson-Kara said the state cannot divulge any information on the Scottsville case as it deals with minors.

The man‚ who is well-known in the cycling fraternity and holds a Master's degree in psychology‚ denies the charges levelled against him and intends to plead not guilty. His registration with the Health Professions Council of South Africa has been suspended.

Matrix Men has urged other victims of sexual abuse in the Pietermaritzburg area to come forward.