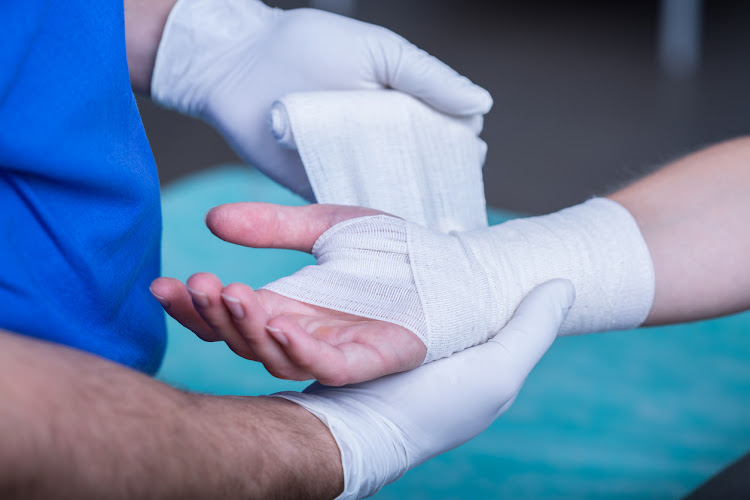 Denosa marched on the council’s offices in February‚ claiming it was failing the nursing profession.
Image: Gallo Images/iStock

The Democratic Nursing Organisation of SA (Denosa) is taking legal action against the council for the decision to stop all student examinations before investigations into the leaked exam papers were complete‚ affecting thousands of nursing students across the country.

On June 12‚ the council announced the cancellation of first and second-year examinations written in May‚ pertaining to a bridging course that allows successful enrolled students to register as professional general or psychiatric nurses.

This was after the regulatory body learnt that some students had had access to the exam papers prior to writing.

The council appealed to students not to contact the authority directly on the matter but rather to take it up with principals of their nursing institutions. The council also declined to meet the union.

While Denosa said its investigation was still under way‚ the union has described the decision to stop exams as "irrational and ill-conceived"‚ saying the council produced no evidence to support its allegations.

Denosa’s legal representatives have written to the council demanding that it reverse its decision to cancel the exams.

The union also called on all its structures to mobilise members and student nurses to ensure no student complies with the "all-punishing and unfair circular" by rewriting exams that thousands of students have already written‚ saying that would be covering up for the council’s inefficiencies as a regulatory body.

Denosa spokesman Sibongiseni Delihlazo said although the union supported the council’s investigation‚ it was critical for the council to conclude the investigation before setting new dates for the examination.

"This decision is creating an inconvenience for institutions and the co-ordination of their study period will be severely interrupted for something that was not of their own doing‚" Delihlazo said. "Parents are also unhappy about the situation."

One student said the way the matter had been dealt with was unfair as it victimised all students. She said she would have to take extra unpaid leave to rewrite the exams.

Denosa has also called for the resignation of acting registrar Sizo Mchunu‚ saying he had proven unhelpful on key issues.

The union says the council does not have adequate capacity to manage nursing in South Africa and lacks quality leadership.

Denosa marched on the council’s offices in February‚ claiming it was failing the nursing profession.

Rewrites of the exams are scheduled to take place on June 28 and 30.