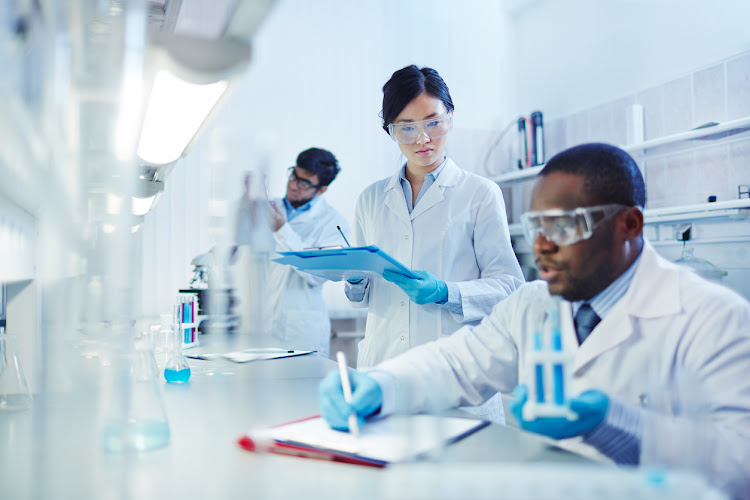 A Biogen product labelled and sold as a herbal supplement has been found by an independent laboratory to contain three anabolic steroids‚ the SA Institute for Drug-Free Sport (SAIDS) revealed on Thursday.

Tests conducted by the SA Doping Control Laboratory at University of Free State found that Biogen’s Testoforte product tested positive for three steroids not declared on its label‚ among them 4-Androstandione-3.17-dione.

Anabolic agents are on the World Anti-Doping Agency (WADA) list of banned substances.

Biogen‚ founded in 2004 and one of the country’s premium wellness brands‚ is sold exclusively at Dis-Chem stores.

“Apart from health risks‚ athletes face the further risk of testing positive for these banned substances and getting banned from sport as a result‚” SAIDS said in a statement.

“A substance makes it on to that list if it does at least two of these three things: poses an unfair advantage to performance; poses a health risk and violates the spirit of sport.”

DisChem’s operations executive manager Brian Epstein said the company knew of one athlete having tested positive for steroids‚ after taking Testoforte on the assumption that it was totally herbal in composition.

“But at least one other product seems to be implicated in this case‚” he said.

“We are also in communication with SAIDS and have made strong recommendations that Tribulis Terrestris be added to the WADA prohibited substance list.”

Epstein said SAIDS had informed the company of the lab results two weeks ago‚ which showed one “steroidal precursor” - 4-Androstandione-3.17-dione.

“It is not unusual for products containing complex botanical materials - especially those designed to support healthy testosterone - to give rise to a trace finding of steroidal precursors in laboratory tests‚” Epstein said.

The product remains on sale in Dis-Chem stores‚ but an extra warning had been added “as a precautionary measure” to products containing Tribulus Terrestris‚ Epstein said.

On its website Dis-Chem carries a sports supplements disclaimer which reads: “Whilst products are sampled and tested on random basis‚ neither the contracted laboratory nor Dis-Chem can provide any warranty that no substances that are banned in sport will occur in products sold by Dis-Chem.”

Epstein told The Times that there were “no deviations observed” during manufacture of the batch of Testoforte in question.

A pack of 60 Testoforte tablets sells for R290.

Biogen has a wide range of brand ambassadors‚ including the Nedbank Running Club.

Team manager Nick Bester said that all supplements gifted to runners as part of the sponsorship agreement were double tested.

“All of our products received from Biogen are tested by Informed Sports in London. They test every batch that we receive and only when we get the all clear from them do we pass it on to our athletes‚” he said.

“This is a double stop gap. We don’t use that product but we don’t expect it to affect any of our runners.”