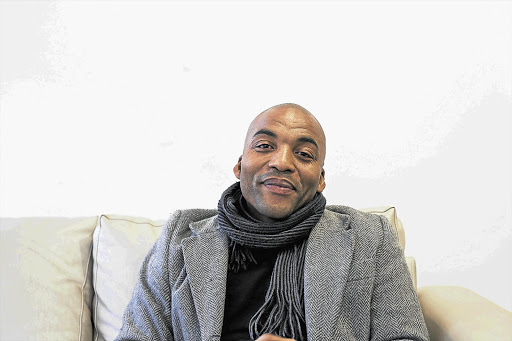 Chumani Maxwele‚ also one of the RhodesMustFall movement's main instigators‚ accused Jansen of being out of touch with the struggle of "black parents" and criticising him for the crowd in attendance being mostly white.

When Jansen tried to answer saying that he was constantly in discussion with people from different races and socio-economic backgrounds, he was interrupted by Maxwele.

In his book As by Fire‚ Jansen interviews vice-chancellors from South Africa's 11 universities to get their perspective on the protests on campuses around the country since 2015.

Maxwele denied that his appearance at the event was due to the fact that the University of Cape Town vice-chancellor Max Price had linked him to Independent Media boss Iqbal Survé.

In the book, Price accused Survé of using certain publications under his control to "to present stories about UCT in a way that would discredit its management".

Price said he believed Survé paid for lawyers who represented Maxwele after he was suspended from the university for disrupting classes and vandalising property during protests.

"Chumani challenged the suspension orders and disciplinary cases‚ including appealing to court. Each time he had senior counsel arguing the case. And we think [the senior counsel] came from Iqbal because Iqbal approached one of my friends to ask that he act for Chumani‚" said Price in the book.

After the launch at The Book Lounge in Cape Town on Wednesday‚ Maxwele said his lawyers had never received any money for their services.

"My lawyers have never gotten money actually. I would have loved if they had gotten money. For Dr Price to use me in his squabbles with Mr Survé is really disingenuous‚" said Maxwele.

Interdicted leaders of the #FeesMustFall movement at the University of Cape Town will face the music today when they appear before the institution's ...
News
5 years ago

He added that he had not attended the book launch to disrupt Jansen, saying that he regularly attends talks around the city.

"I don't think Jansen has ever had a discussion with a student in the Free State let alone nationally to sit down and say, 'Where are we agreeing?' " he said.

Jansen told The Times that he didn't have "a view" on Maxwele or Survé, adding that his goal was to "tap into the minds of vice-chancellors".

He said that he didn't feel Maxwele had disrupted his talk.