Hawks pounce on passenger with R10m in suitcases 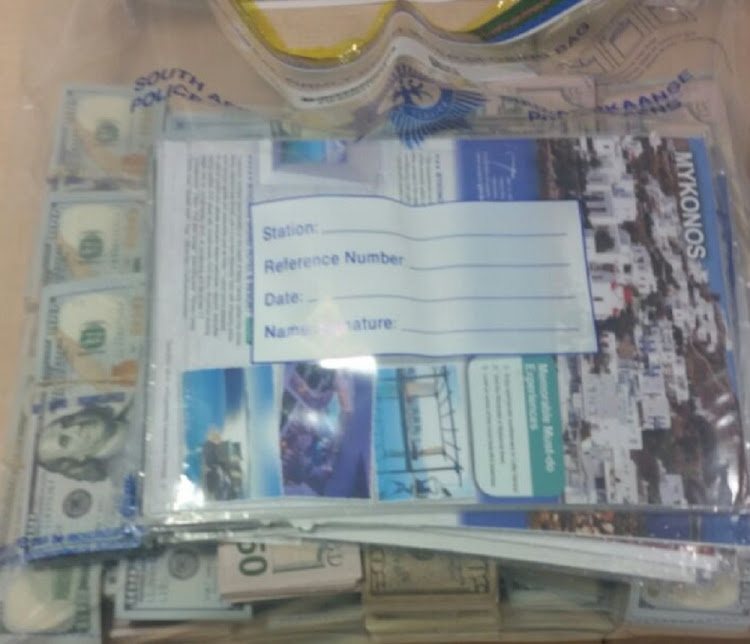 Bag of money that was confiscated at the Cape Town International Airport.
Image: Hawks

Customs officials pounced on a 38-year-old man at Cape Town International Airport‚ who was travelling to the United Arab Emirates (UAE) on Wednesday afternoon.

The man‚ from Pietermaritzburg‚ was found with two suitcases stuffed with more than R10-million.

The cash was impounded and members of the Hawks’ Serious Commercial Crime Unit were summoned to the scene for further investigations.

Hawks spokesperson Captain Lloyd Ramovha said: “He is expected to appear in the Bellville Magistrate’s Court on Thursday facing charges of contravening the Customs and Excise Act 91/1994 for failure to declare the money.”

The acting provincial head of the Hawks‚ Brigadier Neil Oliver‚ said: “Obviously our probe in this will be to determine the trail and origin of the money. We cannot rule out unearthing illicit activities as we go along.”