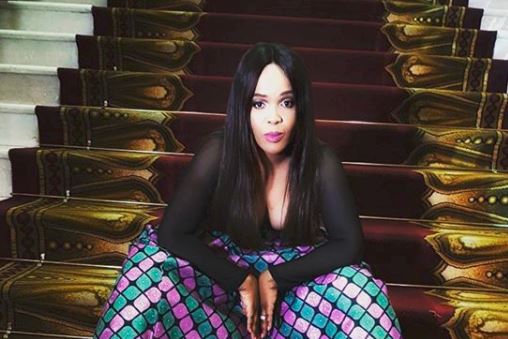 Jacaranda FM radio personality Tumi Morake took a page from the book of the infamous apartheid-era villain Hendrik Verwoerd's grandson when she used the analogy of comparing apartheid to bullying‚ the Broadcasting Complaints Commission of South Africa (BCCSA) heard on Wednesday.

This was according to the radio station’s legal representative‚ Professor Justine Limpitlaw‚ who presented the company’s case to the commission.

“It is specifically written about in a book called ‘On Our Moral Responsibility for Past Violations’ by Wilhelm Verwoerd‚ who is a grandson of the apartheid Verwoerd‚” said Limpitlaw.

“He is quoting an analogy which was used by a victim of the Truth and Reconciliation Commission during the TRC proceedings about how it feels to have been a victim of gross human rights abuse‚ and yet there is no retribution there‚” Limpitlaw said.

Last month was not the first time that radio personality and comedian Tumi Morake made offensive comments towards white people‚ a Jacaranda FM ...
TshisaLIVE
4 years ago

During her radio show last month‚ Morake had said apartheid was like bullies on a playground who stole another child’s bicycle but‚ instead of being punished for their stealing‚ the thief and the bicycle owner now had to share the bike and play together.

Her comments left many of the radio station’s listeners up in arms. Six of them laid complaints with the BCCSA‚ while some advertisers threatened to withdraw from the station.

Limpitlaw said it seemed as though the complainants were simply not prepared to engage in open conversations about race and apartheid.

“I think what we are dealing with in this is the discomfort that a number of white people feel about the discussion about the effects of apartheid. Many‚ many white complainants used their complaints to make comment like‚ ‘Tumi‚ you were 12 when apartheid ended… Get over it.’ People have said‚ ‘It’s 23 years on now‚ why are we still talking about it?’‚” said Limpitlaw.

Race not a laughing matter

More than 20 years into democracy‚ many South African comedians still find it a daunting challenge to make racial jokes on radio.
News
4 years ago

“There is a victimhood mentality that is happening and many were unhappy about her reference directly to the oppression of black people‚” she added.

The station said it saw nothing wrong with what Morake had said‚ adding that it her comments in no way promoted or glamourised violence or unlawful conduct in any way.

It said it was uncommon for such debates to happen on their station‚ which was a music station and not a talk station‚ but it could not guarantee that such discussions would not arise in future.

“Have we enjoyed this? Absolutely not. Can we say that this will not happen again? We cannot promise that‚” said Limpitlaw.

The commission will deliver its verdict in the next few weeks.