R50-billion: The price state capture crooks will have to pay 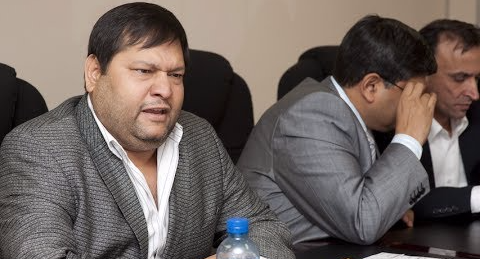 The National Prosecuting Authority is going after R50-billion worth of assets and cash they say was potentially illegally gained by the architects of state capture‚ including the Gupta brothers.

On Monday it was revealed that the NPA’s Asset Forfeiture Unit (AFU) had‚ in December‚ obtained preservation orders worth R1.6-billion against global consultancy McKinsey and Gupta-linked Trillian for work the companies did for Eskom. It was also revealed that six other similar orders were before the courts and awaiting approval.

It has emerged that Trillian was paid by Eskom without a contract being in place and McKinsey had‚ as the contract holder‚ facilitated payments of R595-million and just over R1-billion respectively.

#ANCNEC LISTEN to ANC SG Ace Magashule’s response to questions about their judicial commission of inquiry into State Capture. pic.twitter.com/syeareg05d

“For the asset forfeiture procedures we opted for a much quicker approach‚ which is the civil forfeiture‚ which is not necessarily dependent on a criminal conviction. We were able to make some serious inroads‚ with the view of assuring that we identify and freeze the assets before it’s too late‚ realising that the actual criminal investigation is going to take some time‚” he said.

Molelle said that in terms of the current order‚ both Trillian and McKinsey had indicated their willingness to return the funds.

“From our engagement to date with Trillian there has been an indication and willingness to cooperate with a view of ensuring the undue benefit is returned to the state. This is just one of the many applications that we are currently seized with. The loss that we intend to recover is actually substantially a lot more than what we currently have.

“We have about 17 matters to the estimated value of around R50-billion that needs to come back to the fiscus‚” he said. Acting head of the Specialised Commercial Crimes Unit (SCCU)‚ Advocate Malini Govender‚ also interviewed by the broadcaster‚ denied rumours that warrants had been issued for the Gupta brothers or any other person in relation to state capture.

“The reality is that no applications have been made to the prosecutors that are seized with this matter‚” she said‚ explaining that matters of this level of complexity were usually investigated until trial ready before anyone was taken to court.

On Tuesday‚ during an exclusive interview with eNCA‚ the acting head of the AFU‚ Advocate Knorx Molelle‚ provided details of the extensive work the NPA had done so far.

The orders were served on Trillian and McKinsey on Tuesday. TimesLIVE visited Trillian’s offices on Tuesday and found it deserted‚ with a lonely receptionist standing guard.

Molelle said there should be no surprise another order was granted.

“We have about six matters that we are prioritising [and] this matter happens to be one of them. The matters‚ some of them are before the court and hopefully in the next couple of weeks we will have an order‚” Molelle said.

He also came out to bat for much-criticised NPA director Shaun Abrahams‚ saying that said credit for the work in this investigation needed to go to the entire NPA under his stewardship‚ and not the AFU alone.

NPA denies rumours of arrest warrants issued for Guptas‚ others

The National Prosecuting Authority has denied that any arrest warrants have been issued in relation to state capture.
News
4 years ago

“The police would only make applications in circumstances where they are of the view that the persons who should be summoned to court may be a flight risk‚ for example‚” Govender explained.

“And none of those processes have unfolded with respect to any of the state capture matters‚” she added.

She revealed that around 20 prosecutors within the NPA were assigned to eight different legs of a massive probe and a collaborative effort was underway between various units of the NPA‚ Hawks and entities such as the Companies and Intellectual Property Commission.

Meanwhile the action by the NPA got reaction from all corners of the country.

Parliament’s Portfolio Committee on Justice and Correctional Services chairperson‚ Dr Mathole Motshekga‚ said the Committee welcomed the process undertaken by the AFU and expressed a hope that it would continue "without fear or favour".

“Criminals must know that the law will deal with them in all respects in the harshest possible way. Nobody is above the law‚” said Dr Motshekga.

The National Prosecuting Authority is poised to serve preservation orders on Gupta-linked Trillian and global consultancy McKinsey.
News
4 years ago

"While this is a welcome development‚ it is the tip of the iceberg. Most South Africans could identify several cabinet ministers as well as current and former senior executives and board members of Eskom‚ Transnet‚ Prasa‚ McKinsey‚ SAP‚ the SABC‚ MultiChoice and South China Rail‚ to name but a few who should be charged criminally. This applies equally to senior executives of SARS‚" Lewis said.

He added that while the action has astablished that there are some people of integrity within the criminal justice system‚ Corruption Watch was not confident that "robust and competent" criminal proceeding would be launched while Abrahams was still the head of the NPA.

“At the end of last year‚ the High Court‚ pursuant to an application filed by Corruption Watch‚ removed Abrahams from office‚” Lewis SAID. “The court‚ mindful of the president’s conflict of interest‚ empowered the deputy president [Cyril Ramaphosa] to appoint a new national director of public prosecutions. We urge him to make this appointment without delay.”