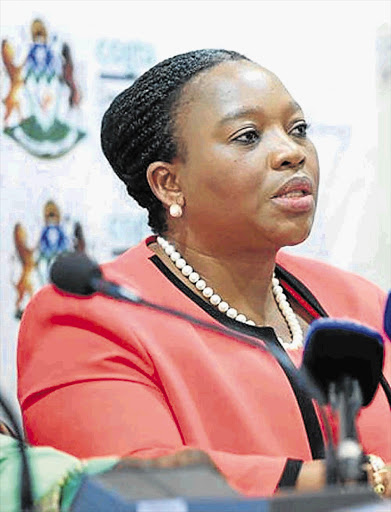 A “tornado-like” storm has ripped through the KwaZulu-Natal town of Newcastle‚ leaving a trail of destruction in its wake.

The Department of Cooperative Governance and Traditional Affairs dispatched disaster teams after the storm tore off roofs‚ toppled huge trees and power lines and left thousands in the dark‚ mainly in the Osizweni area‚ which is located outside the main town.

According to residents‚ the storm struck around 11pm on Thursday and “came in waves”. It resulted in homes flooding and becoming inaccessible.

“Local disaster teams went out in force and worked around the clock to respond to emergencies and the teams will be given more manpower and energy with the involvement of the provincial disaster management centre‚” said Cogta MEC Nomusa Dube-Ncube.

She said Cogta was taking stock of all the incidents that occurred as a result of the storm and has instructed the disaster centre to coordinate with local municipalities to ensure “it’s all hands on deck in caring for those in distress.”

Dube-Ncube urged communities in KwaZulu-Natal to remain on alert as “weather abnormalities are becoming regular and more frequent.”

“It has become difficult to predict weather patterns due to these uncertain trends under the influence of climate change. Our greatest weapon is to be prepared at all times and stay up to date with reports concerning weather situations‚” she said.

On Friday the SA Weather Service issued a warning of “inclement weather” for the southern parts of the province‚ including the Amajuba‚ uThukela‚ uGu‚ Umgungundlovu and Harry Gwala districts.

There is a high risk of localised flooding and disaster teams in these areas have been activated.